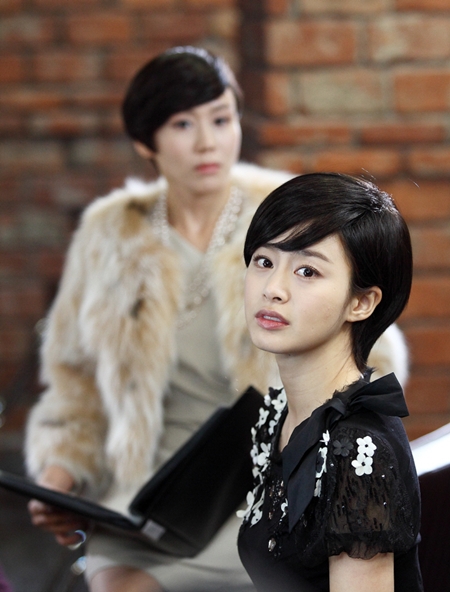 Kim Tae-hee changes her appearance with a short cut on the 7th episode of MBC drama "My Princess" on the 26th.

It's not that she cut off her long hair. In the drama she is just wearing a wig quite similar to the hairstyle of Park Ye-jin.

Lee Seol (Kim Tae-hee) becomes chairman of the imperial family foundation and changes her hairstyle because of Yoon-joo's (Park Ye-jin) insistence, who has officially become the bad guy.

However, Kim Tae-hee stands to fight with Yoon-joo. She looks at the wig that looks like Yoon-joo's hair and turns a sour face saying, "I'm not doing costume-play as you".

While Kim Tae-hee had been showing off a natural wave hairstyle, she claimed it was fun to try on a short cut wig. She also claims she had no trouble putting on a wig thanks to her head size(?). 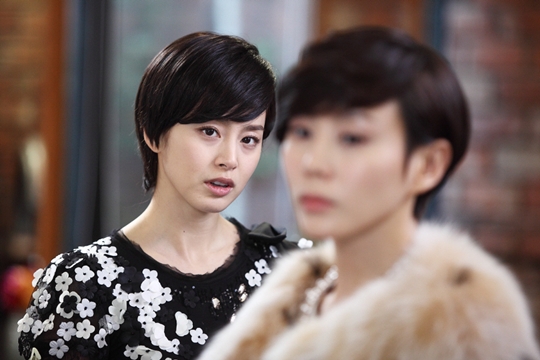 "[Spoiler] Kim Tae-hee, pretty short cut... energy fight with Park Ye-jin"
by HanCinema is licensed under a Creative Commons Attribution-Share Alike 3.0 Unported License.
Based on a work from this source