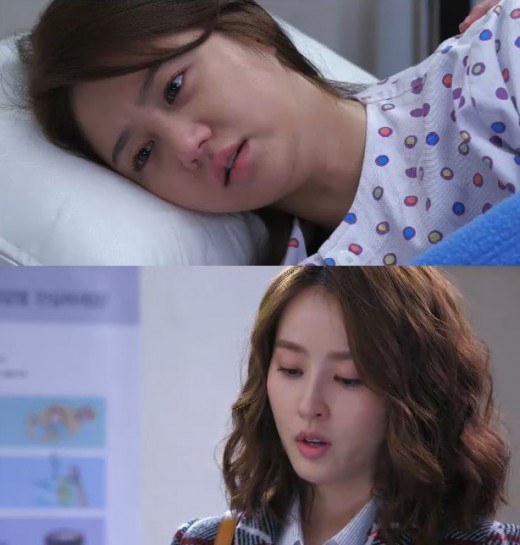 On the SBS drama "Kind Words" on the 4th, Eun-yeong (Han Groo) was upset about her break up with Min-soo (Park Seo-joon) and drank until she was taken to the hospital.

Eun-jin (Han Hye-jin) came to see her at the hospital. About the accident that Min-soo caused because of his brother-in-law's affair with Eun-jin, Eun-yeong said, "He did wrong things but you gave him reason to. He wouldn't have done that if that wasn't his sisters' business. I wouldn't be able to do that for you either". She started to express the hurtful feelings that she had as a child, which was being compared to her sister all the time.

Eun-jin said, "Mom and dad were always worried about something happening to me, which would then affect you guys. I was jealous of you guys because you weren't under pressure".

Eun-yeong said, "The world sucks. Why am I the one getting punished when it's not my fault? What's the use of living in such an unfair world? I am going to break down and get corrupted". Eun-jin was sad to see her sister suffer because of her.

Min-soo watched Eun-yeong who was sick, from far away.

"[Spoiler] "Kind Words" Han Groo resents Han Hye-jin"
by HanCinema is licensed under a Creative Commons Attribution-Share Alike 3.0 Unported License.
Based on a work from this source