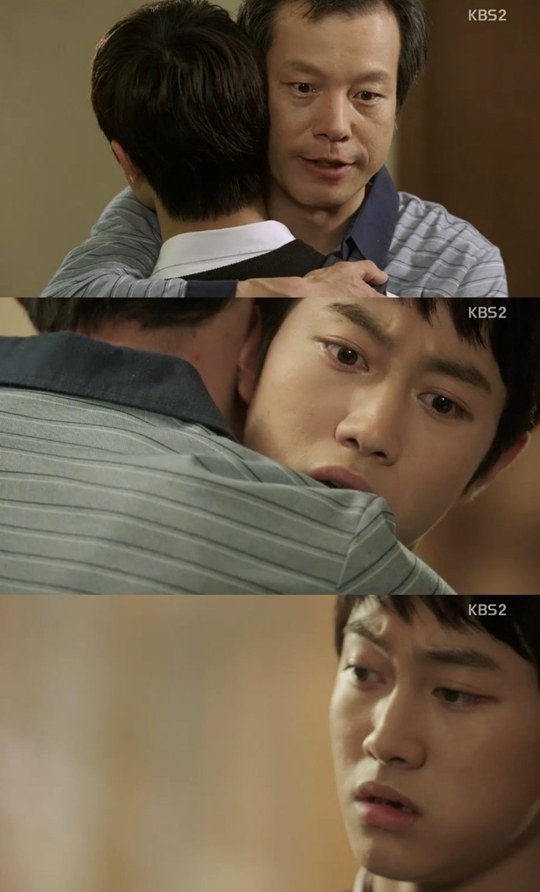 Kwak Dong-yeon despaired at the news of not being able to change schools.

He was shocked already at the fact that his parents forgot his birthday and they came eye-to-eye about his education being more important than his dad's promotion.

His dad gave up being promoted to Seoul and he said to his son, "I gave up going to Seoul for your sake. You don't have to change schools".

Choi Jung-woo thought of what he did at school and said, "This prediction is never wrong. Can I really not go back to Seoul anymore?"

His parents said, "We made this decision for you" and Choi Jung-woo mentally broke down, worrying how he would look at Yang Ah-yeong (Lee Se-young) and Lee Yeok-ho (Choi Tae-joon) again.

"[Spoiler] Kwak Dong-yeon breaks down "
by HanCinema is licensed under a Creative Commons Attribution-Share Alike 3.0 Unported License.
Based on a work from this source