[Spoiler] "Less Than Evil" Leave Us With an Open Ending 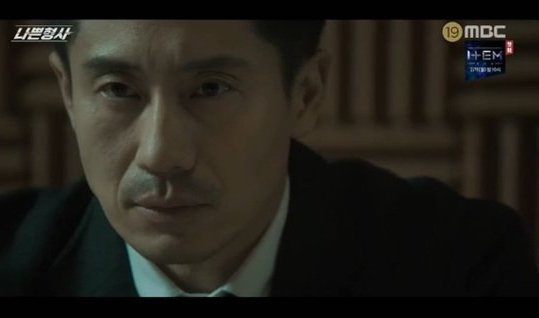 Woo Tae-seok revealed the file which recorded Jeon Choon-man (Park Ho-san) helping the serial killer Jang Hyeong-min. He then prepared to arrest Eun Seon-jae. She told him to come to where she was to arrest her. He just couldn't let her go for killing her parents.

When he didn't let her go, Eun Seon-jae dropped him on a bridge. He caught himself, but eventually let go. Eun Sun-jae yelled 'no' and jumped in the river with him.

Eun Seon-jae wasn't found. On the other hand, Woo Tae-seok returned to work and became the team leader.

Later, Woo Tae-seok was about to get back in the car after solving a case, but he noticed that Eun Seon-jae was watching him from a car.

"[Spoiler] "Less Than Evil" Leave Us With an Open Ending"
by HanCinema is licensed under a Creative Commons Attribution-Share Alike 3.0 Unported License.
Based on a work from this source