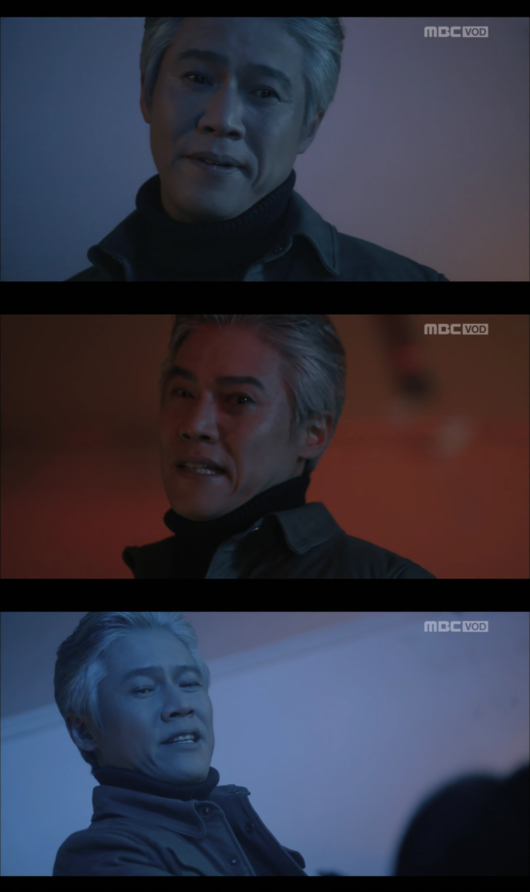 Park Ho-san is starring in the MBC drama "Less Than Evil" as Jeon Cheon-man who consistently gets on Woo Tae-seok's (Shin Ha-kyun) nerves.

Jeon Cheon-man didn't like that and pointed his gun at Jang Hyeong-min. He smiled as he said, "I've even shot Song Man-soo so why can't I shoot you?"

Jang Hyeong-min also gave up the chance to end his terrible deeds and was blinded by money again.

Park Ho-san has been creating a three-dimensional character every episode. In the following week, he finds out that Eun Sun-jae (Lee Seol) is Bae Yeo-wool (Cho Yi-hyun) and bullies Woo Tae-seok in another way.