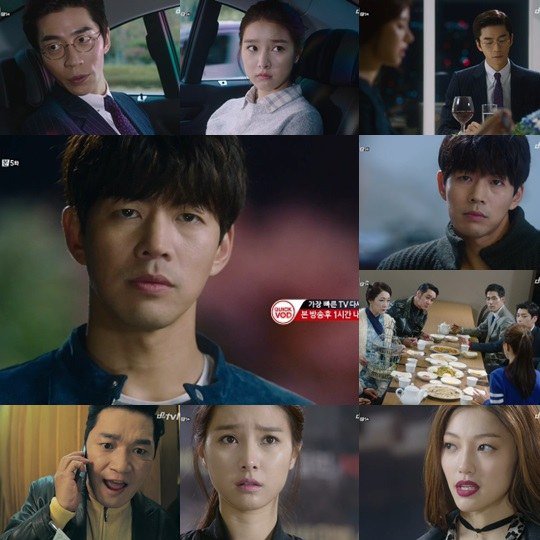 Kim So-eun is about to get disqualified. Will Lee Sang-yoon save her again?

On the fifth episode of the tvN drama "Liar Game", a consolation match where only one person would be disqualified was carried out.

The challengers chose Jamie (Lee El) who fooled everyone and tried to take home two billion won as the one to be taken off the team. It was obvious. However, Jamie convinced the challengers otherwise with her skilled lies. She created a scandal that wasn't true by showing them pictures of Nam Da-jeong (Kim So-eun) and Kang Do-yeong (Shin Sung-rok).

The challengers then believed that Nam Da-jeong was indecent and fell for Jamie's lies. However, Jamie came up with another plot; to collaborate with Nam Da-jeong. This was after the others had formed allies of their own.

Da-jeong survived the game and expressed her appreciation to Jamie who thought coolly of it. However, in mid-vote, there were no stars Da-jeong had earned. It was all Jamie's lies. Jamie said, "Who said anything about promises? This is a liar's game". Da-jeong was about to get taken off the team.

Just that moment, Ha Woo-jin (Lee Sang-yoon), Da-jeong's guardian angel, appeared. He volunteered to assist her but the result of the game is unknown. The original shows Da-jeong getting Woo-jin's help and winning the game with an incredible idea.

"[Spoiler] "Liar Game" Kim So-eun about to get DQ and Lee Sang-yoon assists"
by HanCinema is licensed under a Creative Commons Attribution-Share Alike 3.0 Unported License.
Based on a work from this source