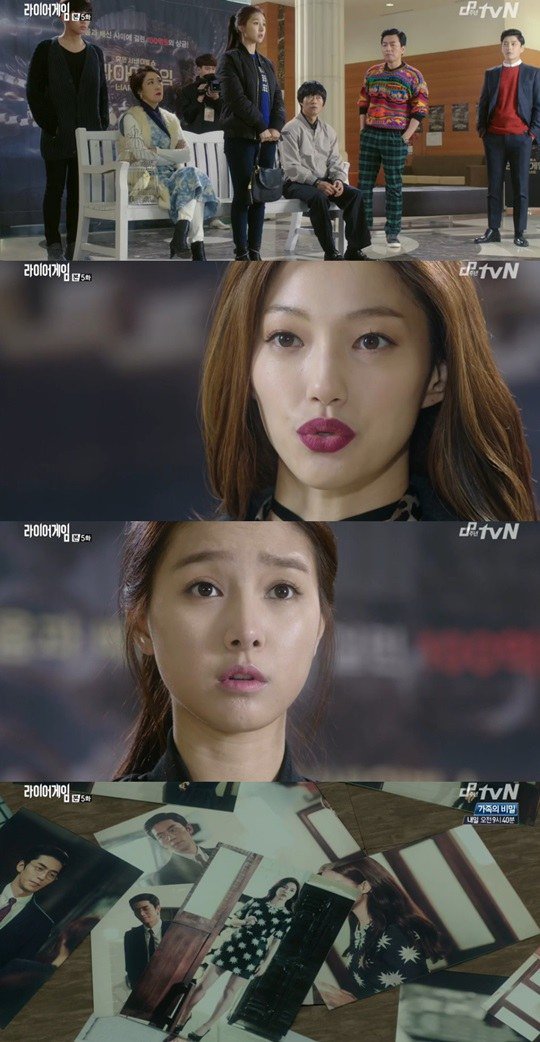 The challengers had a break before the games.

Da-jeong suggested everyone talked about themselves and the challengers all told their stories.

Then it was Jamie's turn and she said, "I wasn't such a bitch from the beginning. I feel slightly bad for those who I have caused harm towards".

Later, it became Da-jeong's turn and she stood up to speak. Then Jamie said, "Don't we all know Da-jeong's story?"

Jamie said, "I have a question. Why is Ha Woo-jin (Lee Sang-yoon) helping you so much? Even if he was your aid at first, isn't it weird that he's still helping you? And what's your relationship with Kang Do-yeong (Shin Sung-rok)?"

However, the other challengers blamed Jamie and said, "Da-jeong wouldn't have used them".

Then Jamie brought out a picture of Da-jeong and Do-yeong together. It was a picture taken when Do-yeong secretly called out Da-jeong before the games and gave it to Jamie.

The other challengers turned their backs on Da-jeong in disappointment.

Da-jeong was anxious now that the games were going to be unfair for her. She tried to convince Jamie that she wasn't like that but Jamie said, "I know you're not. You can't lie, but guess what? I need to survive first".

"[Spoiler] "Liar Game" Lee El corners Kim So-eun"
by HanCinema is licensed under a Creative Commons Attribution-Share Alike 3.0 Unported License.
Based on a work from this source