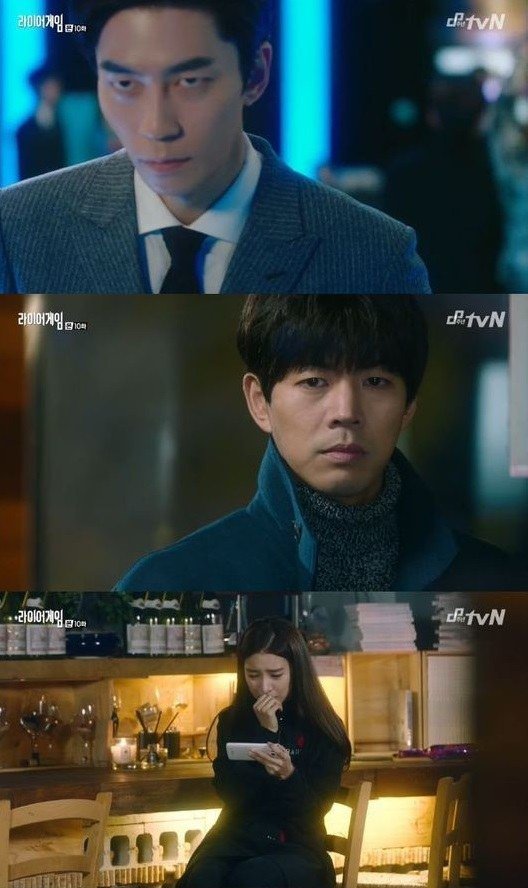 Kang Do-yeong blurted out the secret between Ha Woo-jin (Lee Sang-yoon) and Nam Da-jeong (Kim So-eun), then murdered someone.

He was beaten in the smuggling game because the others allied against him. He was beaten by Ha Woo-jin and Nam Da-jeong's plan of loyalty. Kang Do-yeong acknowledged his defeat and warned Ha Woo-jin that he'd reveal his secret.

Previously, Kang Do-yeong told Nam Da-jeong, "Ha Woo-jin is the reason why my father's company failed and we were left with debt". However, she didn't believe him. Ha Woo-jin wanted to tell the truth but he was too late. Jang Guk-jang (Choi Jin-ho) revealed the tragic truth behind the two and Nam Da-jeong was greatly shocked.

According to Kang Do-yeong's intentions, Ha Woo-jin and Nam Da-jeong turned away from each other. Kang Do-yeong also told Choi Seong-joon (Lee Si-hoo) who gave Ha Woo-jin a file with his past in it, "Do you know the Box of Pandora? Do you know what happens when you open it?" then he faked his murder as an elevator accident.

"Liar Game" is an original by Kaitani Sinobu. It deals with the various faces of humans with money in front of them through Nam Da-jeong, a creditor and genius fraud Ha Woo-jin who join a reality show called "Liar Game" hosted by Kang Do-yeong.

"[Spoiler] "Liar Game" Shin Sung-rok goes crazy"
by HanCinema is licensed under a Creative Commons Attribution-Share Alike 3.0 Unported License.
Based on a work from this source