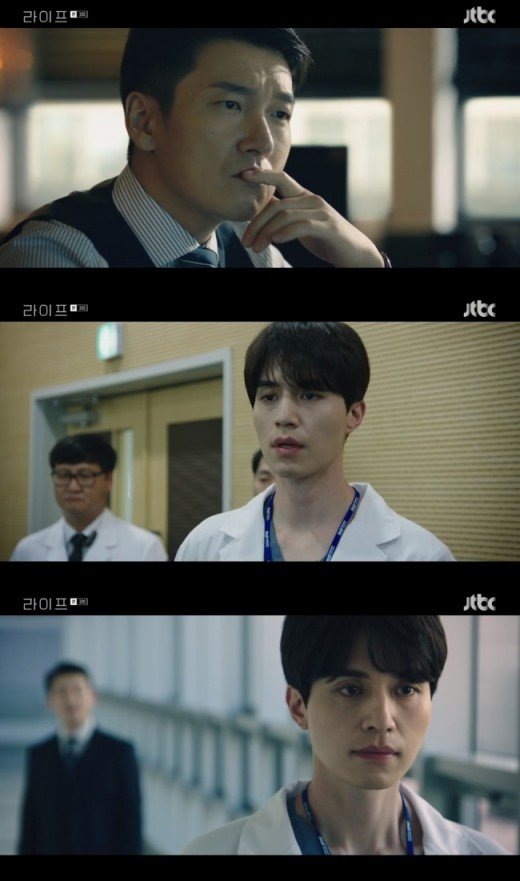 Seung-hyo (Cho Seung-woo) followed his ambitions to the detriment of others on the JTBC drama "Life".

Jin-woo (Lee Dong-wook) spoke out at the hospital staff meeting. Seung-hyo knew because he had a spy in the meeting.

Hearing what Jin-woo said, Seung-hyo became angry and demanded to know who he was. Then he sought Jin-woo himself to issue a warning.

Jin-woo met Kyeong-moon (Yoo Jae-myung). He asked how he knew about the post he made on the bulletin.

Kyung-moon asked, "Are you hear to shut me up?" and demanded he leave. Still, he covered for Jin-woo and told Seung-hyo that he wanted to quit. Seung-hyo just scoffed.

Jin-woo was very upset, he even told his brother he wanted to quit.

Seung-hyo's tyranny began. He declared a restructuring of the hospital.

"[Spoiler] "Life" Cho Seung-woo Begins to Restructure the Hospital "
by HanCinema is licensed under a Creative Commons Attribution-Share Alike 3.0 Unported License.
Based on a work from this source