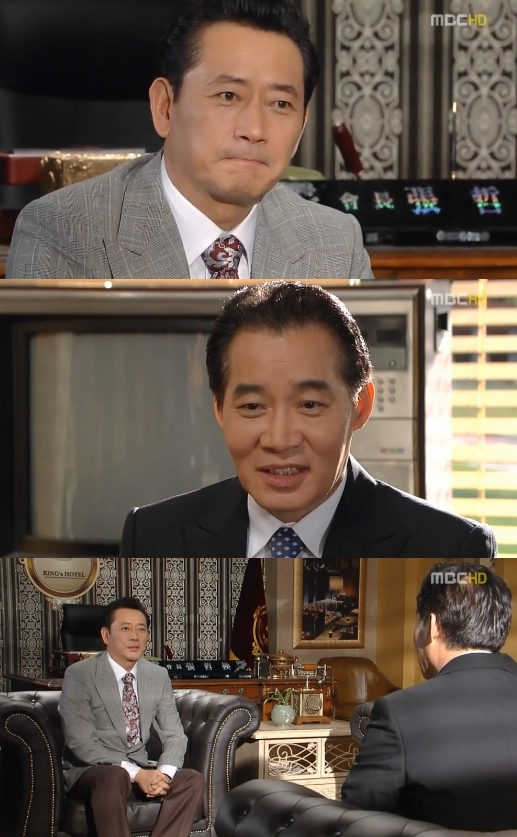 In the fifty-fifth episode of the MBC drama "Light and Shadows" on the 4th of June, Jang Cheol-hwan (Jun Kwang-ryul) asked for help from Lee Hyeon-soo (Dok-go Young-jae) as his bill fraud was about to surface.

Lee Hyeon-soo was the father of Lee Jeong-hye (Nam Sang-mi). He had been against her and Ki-tae seeing each other. This incident caused more difficulties for their love.

"[Spoiler] "Lighst and Shadows" Nam Sang-mi's father joins Jun Kwang-ryul"
by HanCinema is licensed under a Creative Commons Attribution-Share Alike 3.0 Unported License.
Based on a work from this source