[Spoiler] "Lights and Shadows" Nam Sang-mi is jealous of Narsha 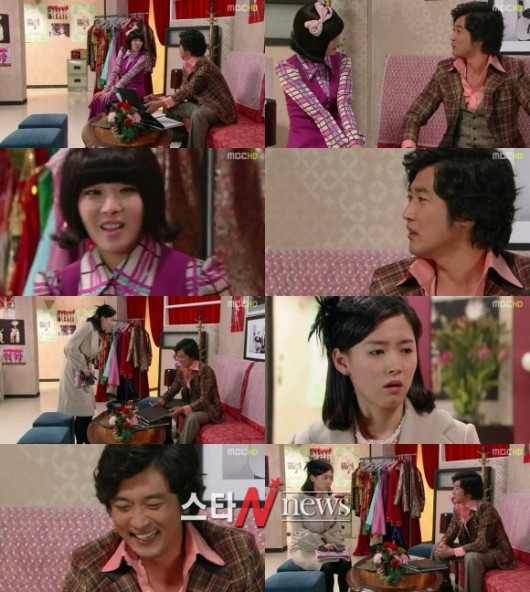 Nam Sang-mi got jealous at the way Ahn Jae-wook and Narsha were so close to each other.

Jeong-ja (Narsha) showed interest in Ki-tae (Ahn Jae-wook) on the episode of MBC drama "Lights and Shadows" aired on the 13th.

Jeong-ja found Ki-tae and asked, "Do you have a girlfriend? If you don't I can be yours".

He then replied, "What can I do...she's coming over there" letting her know Nam Sang-mi was coming and Jeong-ja moved her seat.

Jeong-hye watched this and said, "I thought I saw something...don't laugh at her" and was jealous. Ki-tae tried to make her feel better by saying, "I won't be taunted with any other woman but you".

"[Spoiler] "Lights and Shadows" Nam Sang-mi is jealous of Narsha "
by HanCinema is licensed under a Creative Commons Attribution-Share Alike 3.0 Unported License.
Based on a work from this source