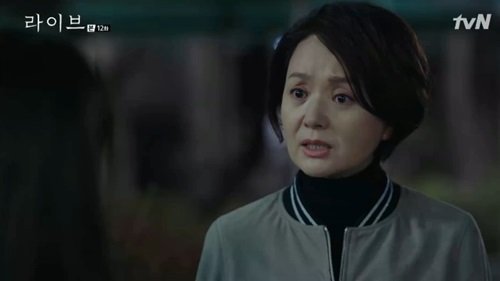 On the latest episode of the tvN drama "Live", An Jang-mi (Bae Jong-ok) scolded her daughter Oh Song-yi (Go Min-si).

Oh Yang-chon (Bae Sung-woo) witnessed his daughter Oh Song-yi get abused by her boyfriend and helped her, but she reported him to 112 instead. An Jang-mi set out to sort the matter and after hearing everything her daughter said, she said, "After hearing everything, I still can't figure out what your father did wrong".

Oh Song-yi said, "Is he a gangster? Why does he hit people without even asking what's going on? Why does he see a normal person as a rapist? And he's supposed to be a cop!" An Jang-mi said, "Your father had plenty of reason; he kissed you and laid his hands on you in a car when you said 'no'. He's your father before he's a cop".

"Just today I was at a rape crime scene where a 14 year old and 17 year old were raped. How can I believe that my own daughter is safe? How dare you report your father to 112? You made a big mistake". 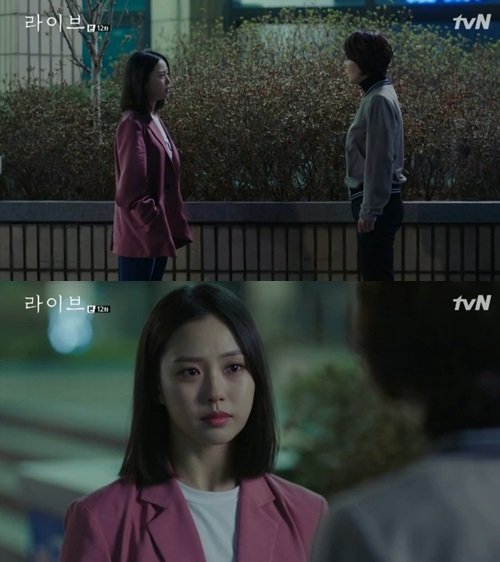 "[Spoiler] "Live" Bae Jong-ok's Daughter Reports Her Father, Bae Sung-woo"
by HanCinema is licensed under a Creative Commons Attribution-Share Alike 3.0 Unported License.
Based on a work from this source