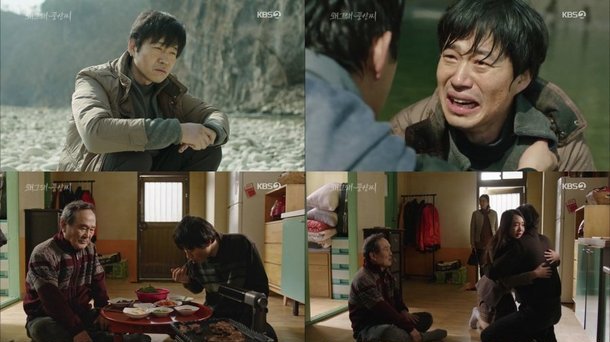 Yu Jun-sang stood up once again thanks to family love.

The latest episode of the KBS 2TV drama "Liver or Die" showed that Poong-sang's (Yu Jun-sang) love and truth for his family wasn't in vain.

Poong-sang was devastated when his mother No Yang-sim (Lee Bo-hee) ran away right before transferring her liver to him. He almost made the wrong choice by walking into the water but his little brother Jin-sang (Oh Ji-ho) stopped him. Jin-sang was a great comfort to Poong-sang and even his wife Kan Boon-sil (Shin Dong-mi) didn't give up on him when he said all hope was lost. 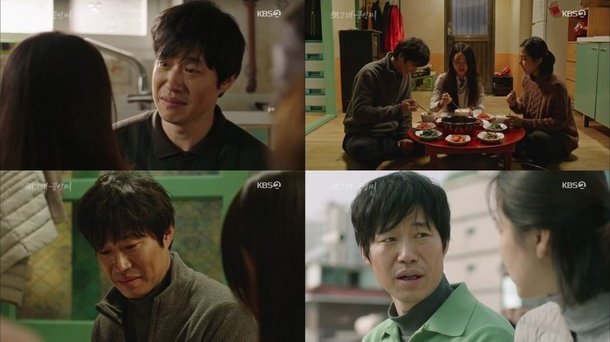 Not only that, Lee Joong-i (Kim Ji-young-III) who found out Poong-sang was sick and even his father-in-law Kan Bo-goo (Park In-hwan) offered their livers for him. Poong-sang's little sister Hwa-sang (Lee Si-young) finally realized her brother's love for her. She also found out that No Yang-sim had borrowed money in her name and Poong-sang was willing to give up parts of himself to save her. Thus, all of Poong-sang's siblings realized they'd been wrong and felt Poong-sang's love for them.

"[Spoiler] "Liver or Die" Yu Jun-sang Stands up Again Thanks to Family "
by HanCinema is licensed under a Creative Commons Attribution-Share Alike 3.0 Unported License.
Based on a work from this source