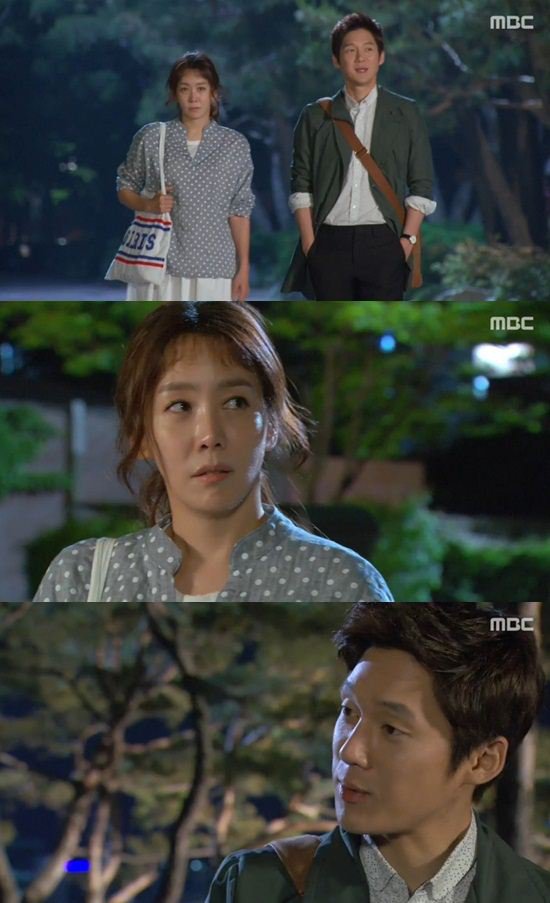 Kang Jin-woo (Song Chang-eui) was confessed to by Jang Deok-in (Kim Jung-eun) on the episode of the MBC weekend drama "Make a Woman Cry".

Jang Deok-in worried about Kang Jin-woo who had gone to meet her husband. She asked if he was in a difficult spot because of her and he said, "Then I can just say that I have a girlfriend. Should we start Dating Now? Should we speed things up a little?"

Jang Deok-in hid her shyness and said, "Don't joke with me but it feels good. I felt cocky in front of my husband". Kang Jin-woo said, "I'm glad. Why do you keep thanking me? I am more grateful".

Jang Deok-in said, "I'll get out of your life, you get out of mine. You came into mine in the first place. You're so pathetic for a rich family's daughter".

Kang Jin-hee got angry and tried to slap her but Kang Jin-woo appeared and stopped her saying, "Don't you dare do anything to her. I love her".

"Make a Woman Cry" is a drama about love, conflict and forgiveness about a woman who lives her life to the fullest after losing her son and a wealthy family that surrounds her.

"[Spoiler] "Make a Woman Cry" Song Chang-eui, a romantist"
by HanCinema is licensed under a Creative Commons Attribution-Share Alike 3.0 Unported License.
Based on a work from this source