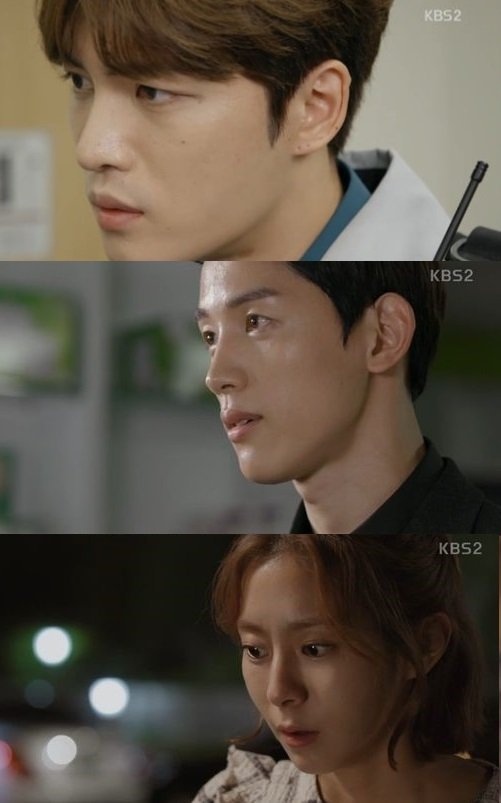 On the thirteenth episode of the KBS 2TV drama "Man-Hole", Goo-gil (Kang Hong-suk) was attacked by strangers and Bong Pil (Kim Jae-joong) set out to find the culprits.

Bong Pil met other victims and tried to find out anything special about the attacker but the victims couldn't remember as they were all confused. However, Bong Pil suspected Park Jae-hyeon (Jang Mi-kwan). Park Jae-hyeon provoked Bong Pil and he was suspended after hitting him.

In the meanwhile, Kang Soo-jin (UEE) was looking for something in Park Jae-hyeon's car when she found clothes he wore when he attacked those people. Park Jae-hyeon was standing right behind her.

"[Spoiler] "Man-Hole" Kim Jae-joon and UEE find out who Jang Mi-gwan is "
by HanCinema is licensed under a Creative Commons Attribution-Share Alike 3.0 Unported License.
Based on a work from this source