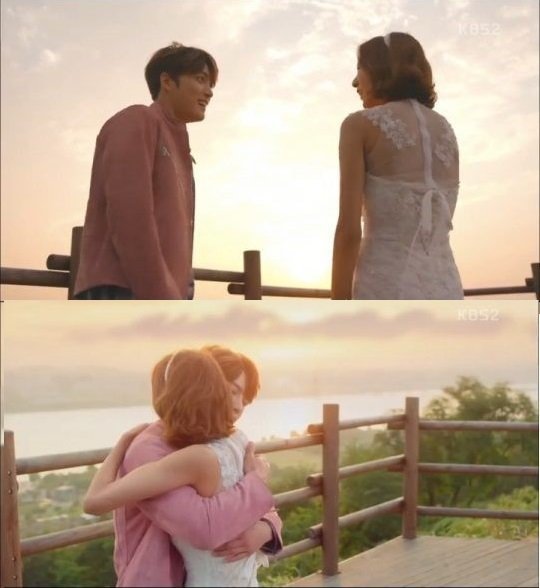 On the latest episode of the 16th episode of "Man-Hole", Bong Pil (Kim Jae-joong) stole Soo-jin (UEE) from her wedding and told her how he felt about her.

Last episode, Bong Pil was stabbed so Soo-jin asked if he was alright. "This time-travelling thing is a good thing. I worried so much about you".

Bong Pil replied, "I worried so much that you wouldn't recognize me". Soo-jin said, "We will never be apart again".

Then, Bong Pil kissed Soo-jin. "Wherever you are at whatever time. I will always be next to you".

"[Spoiler] "Man-Hole" Kim Jae-joong and UEE, "Never be apart again""
by HanCinema is licensed under a Creative Commons Attribution-Share Alike 3.0 Unported License.
Based on a work from this source