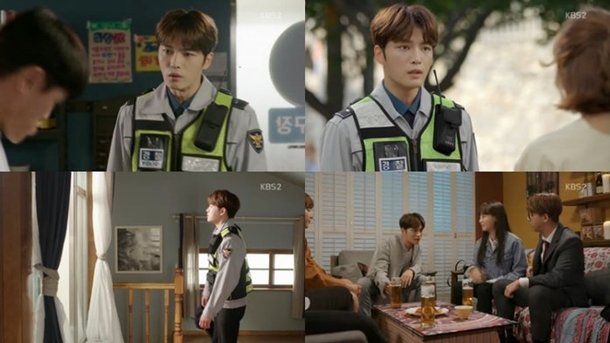 On the latest episode of the KBS 2TV drama "Man-Hole", Bong-[il became a policeman a year after he time-traveled through the man-hole.

Bong-pil couldn't deal with the fact that Kang Soo-jin (UEE) had gotten married.

He couldn't cope with the future he suddenly woke up to and repeatedly checked what year he was in and asked about Soo-jin's marriage.

He realized he couldn't stop her from getting married and told her, "The only thing I can't get used to is you", which showed the affection he still had for her.

Kim Jae-joong did a good job of expressing his discomfort with reality. Bong-pil had jumped into the jump hole to stop Soo-jin's wedding and end up happily with her but he'd failed.

Meanwhile, "Man-Hole" is a time-slip drama.

"[Spoiler] "Man-Hole" Kim Jae-joong couldn't stop UEE's marriage "
by HanCinema is licensed under a Creative Commons Attribution-Share Alike 3.0 Unported License.
Based on a work from this source