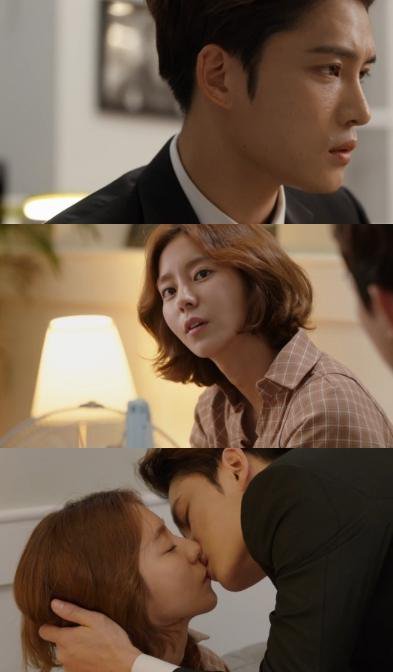 On the latest episode of the KBS 2TV drama "Man-Hole", Kang Soo-jin (UEE) revealed her feelings for Bong-pil (Kim Jae-joong). Bong-pil was drinking with his friends when he heard that she liked him. He set out to look for her right away and found her with Park Jae-hyeok (Jang Mi-kwan).

Bong-pil heard her and possessed Park Jae-hyeok's body to say, "I will be with you no matter what. Don't cry, smile. I will bring everything back to normal. Just stay there and I will come to you". He kissed her.

"[Spoiler] "Man-Hole" Kim Jae-joong kisses UEE"
by HanCinema is licensed under a Creative Commons Attribution-Share Alike 3.0 Unported License.
Based on a work from this source