Yang Choon-ok ran into Park Min-ho (Hong Seo-jun) on her way out from promising to invest in Kevin. Yang Choon-ok heard from Jung Tae-yang (On Joo-wan) that Park Min-ho worked for Kevin for a long time and realized that Kevin was the Eun-jo she was looking for. She checked Kevin's picture with Jung Tae-yang and ran to Kevin.

She cried and asked, "It's me, do you remember? Your mother died after having you and I raised you in your house". Kevin asked, "Sister Ok?" and he remembered her. Choon-ok apologized for abandoning him.

Kevin said, "I wanted to show you how well-off I am. I wanted to be rich enough to help her if she needed it so how can I resent you? The thought of you is the only thing that had me hanging on during cold and lonely times. I missed you so much". He hugged her and Choon-ok cried too. Lee Roo-ri (Choi Soo-young) prepared to quit her job for the sake of Jung Tae-yang and the company. Jung Tae-yang pretended to let her go, but Lee Roo-ri was upset that he'd changed so quickly. He told her some good news and they hugged each other.

Joo Ae-ri (Han Ga-rim) called them to say she'd tell them everything. She said, "It was I who planned and made everything come true. I will get the punishment so forgive my mother". Susana (Choi Su-rin) and Park Min-ho's son appeared and Jung Tae-yang told Susana that he knew everything.

Susana said she'd disappear for a while and Park Min-ho was surprised as Ae-ri would be taking the blame for everything. Susana said, "It's only 6 years. Why don't you take her place if you're so concerned?" In the end, Joo Ae-ri decided to help Kevin and Park Min-ho was furious with Susana too. He put her in a truck and sped away. 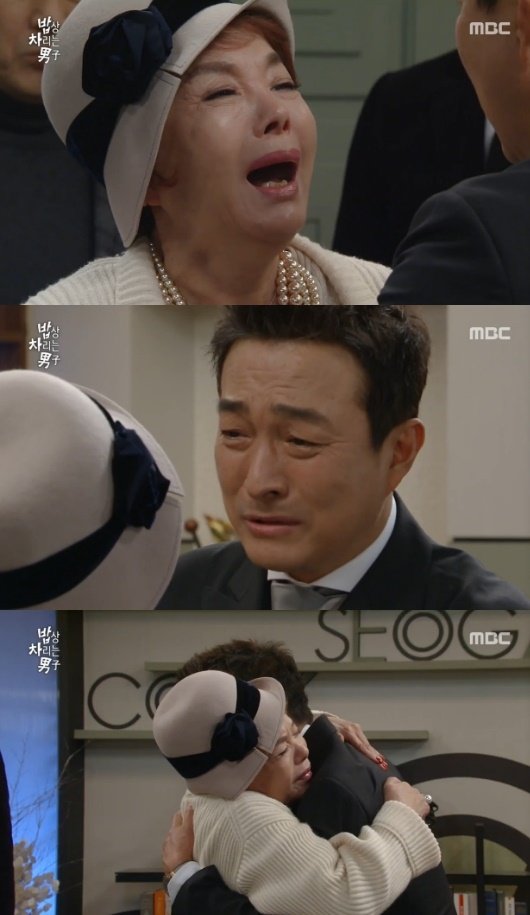 "[Spoiler] "Man Who Lays the Table" Choi Soo-young and On Joo-wan Get Married"
by HanCinema is licensed under a Creative Commons Attribution-Share Alike 3.0 Unported License.
Based on a work from this source