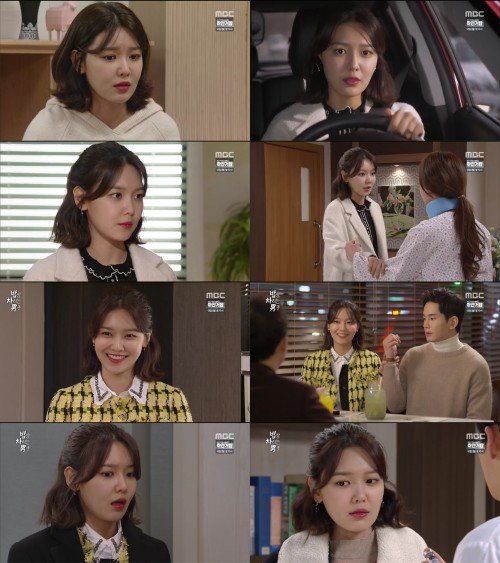 On the latest episode of the MBC weekend drama "Man Who Lays the Table", Lee Roo-ri (Choi Soo-young) visited Joo Ae-ri (Han Ga-rim) at the hospital.

Roo-ri thought again about marrying Jung Tae-yang (On Joo-wan) who planned on ending his relationship with his father if his father insisted on believing Ae-ri. Young-hye (Kim Mi-sook) told Roo-ri, "Do you best until the end so you don't regret it".

Roo-ri decided to get even with Ae-ri and headed to her hospital room. Roo-ri demanded to know why Ae-ri was behaving this way and if she's be happy with a man she'd stolen and doesn't love.

However, Ae-ri told Roo-ri, "I am not interested in Chef Jung Tae-yang, but the heir Jung Tae-yang". Kevin happened to visit the room just then and Roo-ri handed him everything she recorded.

Choi Soo-young's performance with Han Ga-rim gripped viewers. Ae-ri had crossed the lines to put Roo-ri in difficult situations, but Ga-rim's performance in this role made it stand out even more.

"[Spoiler] "Man Who Lays the Table" Choi Soo-young Gets Her Revenge"
by HanCinema is licensed under a Creative Commons Attribution-Share Alike 3.0 Unported License.
Based on a work from this source