[Spoiler] "May Queen", appearance of the grown up cast 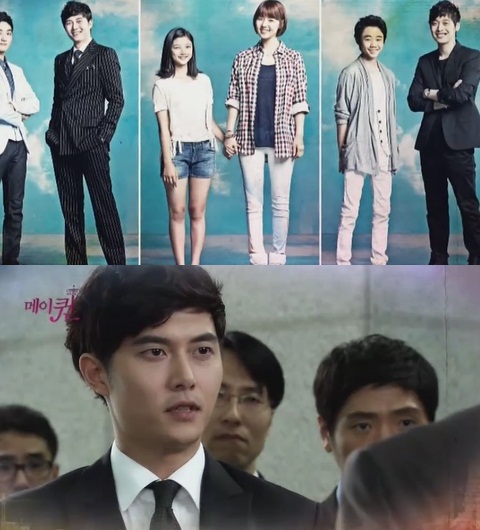 The grown up cast of "May Queen" is going to appear now.

The child actors and actresses roles ended in the eighth episode and the grown ups will appear from the next.

Hae-joo's (Kim Yoo-jung) father passed away in an accident and her family had to live with butler Park (Kim Kyu-chul) as they lost the house as well.

In the meanwhile, Jang Do-hyeon (Lee Deok-hwa) exploited Kang Dae-pyeong's (Ko In-beom) shipyard and Kang-san (Park Ji-bin, Kim Jae-won) goes abroad to the States by request of his grandfather who asks him to find the shipyard back.

Jang Do-hyeon accidentally discovers a scar on the back of Hae-joo's neck and butler Park got more and more anxious the more he suspected. With the condition of paying off her debts, he sends her and her family back to Hae-nam.

Lee Geum-hee (Yang Mi-kyung) realized that Hae-joo could be her daughter and set out to find her once they had left and she found a piece of clothing Hae-joo wore when was young. Butler Park ordered some men to kidnap Hae-joo and her family and shut them up in storage.

They managed to escape when the men are not looking but Hae-joo dove into the ocean in the end while being chased by them.

Hae-joo, San and Chang-hee (Park Gun-tae, Jae Hee) dispersed like this but the grown up cast is going to appear from next week.

"[Spoiler] "May Queen", appearance of the grown up cast"
by HanCinema is licensed under a Creative Commons Attribution-Share Alike 3.0 Unported License.
Based on a work from this source