The latest episode of the tvN drama "Memories of the Alhambra" showed how Cha Hyeong-seok (Park Hoon) and Lee Soo-jin (Lee Si-won) married.

In the past, Cha Byeong-joon kicked his son Cha Hyeong-seok out of the company and chose Yoo Jin-woo. Cha Hyeong-seok was furious and gave her a ring. She said it'd only been a month since she got a divorce.

Cha Hyeong-seok didn't like her response and he could sense that she wanted to go back to Yoo Jin-woo. When Yoo Jin-woo called, Cha Hyeong-seok said, "I don't need your comfort. You took the company so I will take your woman".

Cha Byeong-joon found Lee Soo-jin who got divorced with Yoo Jin-woo and married Cha Hyeong-seok. He called her a whore and told her to stop pretending to be elegant. 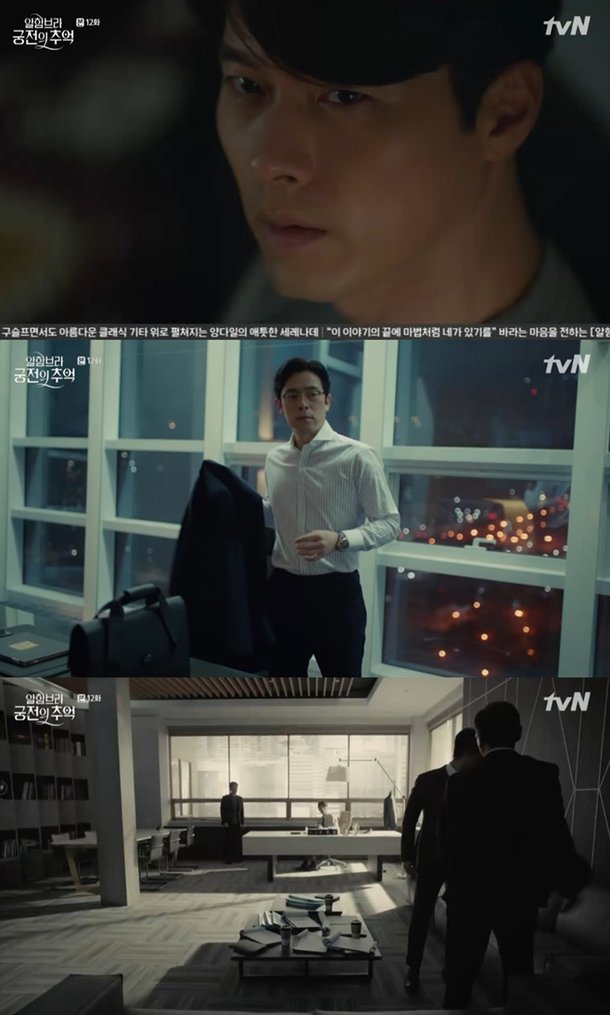 "[Spoiler] "Memories of the Alhambra" Kim Eui-sung's Nasty Attack"
by HanCinema is licensed under a Creative Commons Attribution-Share Alike 3.0 Unported License.
Based on a work from this source