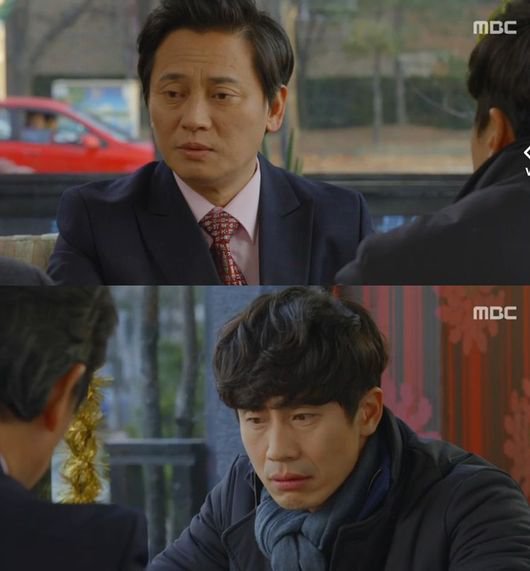 On the December 18th episode of MBC drama, 'Mister Baek', it showed Choi Go-bong (Shin Ha-kyun), who fell down coughing blood. Choi Go-bong realized there was not much time left with him and decide to tell the truth to Eun Ha-soo (Jang Nara).

The next day, Choi Go-bong's doctor told him there was a same case happened to a tribal chief in Africa. And then the doctor gave him the medication the chief had used. He suggested Shin Ha-kyun should drink the potion on the day when the next meteor shower comes back. Choi Go-bong did not quite believe it but he decided to try it because he did not have any other choice.

On this episode, it also showed Choi Go-bong selecting the project plan on a hotel event that Eun Ha-soo wrote.

"[Spoiler] 'Mister Baek' Shin Ha-kyun found cure "
by HanCinema is licensed under a Creative Commons Attribution-Share Alike 3.0 Unported License.
Based on a work from this source