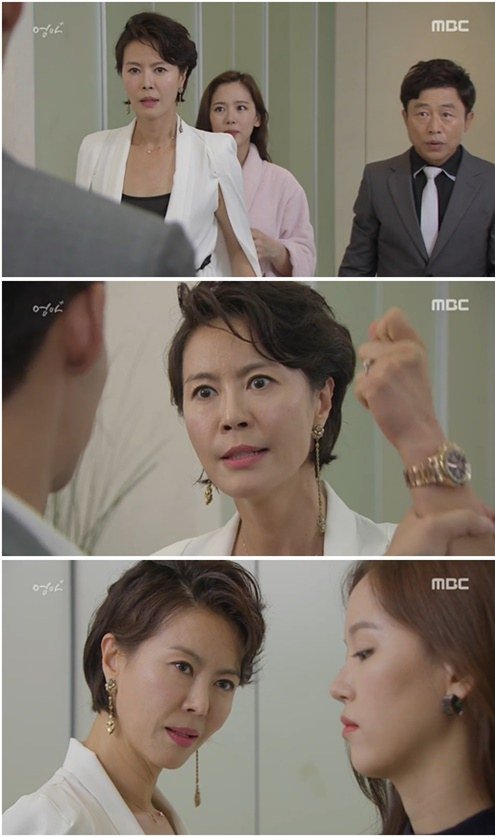 Na-mi stopped by Yoo-ra's apartment and ran into a robe-cladded Yoo-ra and Kang-jae who was adjusting his suit. Na-mi was furious and started yelling at Yoo-ra but Kang-jae introduced himself as a friend who protects Yoo-ra from bad guys.

Na-mi then called someone to do a background check on Kang-jae.

Na-mi is a weighty axel in the drama as she plays mind games with her father-in-law and does everything after careful planning to get what she wants.

Meanwhile, "Mom" is a revenge story about a Mom who sacrifices everything for her children to raise them but is then betrayed at how they are all after her wealth.

"[Spoiler] "Mom" Jin Hee-kyung does background check on Lee Tae-sung"
by HanCinema is licensed under a Creative Commons Attribution-Share Alike 3.0 Unported License.
Based on a work from this source