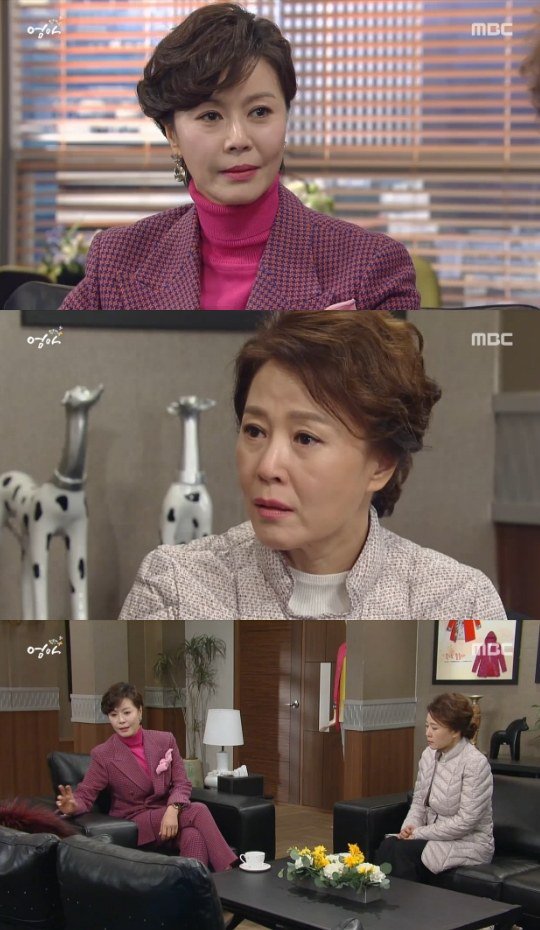 On the forty-fourth episode of the MBC weekend drama "Mom", Na-mi (Jin Hee-kyung) sharpened her blades at Yoon Jeong-ae (Cha Hwa-yeon) who tried to take over the housework.

Yoon Jeong-ae had all good intentions when she told Na-mi that she would take care of the house so she should just focus on the company. Na-mi took that as a way for Jeong-ae to take over the household inheritance.

Yoon Jeong-ae went to Na-mi's office to tell her that she would take care of the housework.

Yoon Jeong-ae said, "If you tell me not to do anything, then what can I do?" and Na-mi said coldly, "Just be my father-in-law's woman". Jeong-ae was hurt and said she'd gone too far, but Na-mi just said, "Why are you being so greedy? You can't even have his children and I won't allow your daughter to be adopted into the family".

"[Spoiler] "Mom" Jin Hee-kyung speaks to Cha Hwa-yeon, "Stay as his woman""
by HanCinema is licensed under a Creative Commons Attribution-Share Alike 3.0 Unported License.
Based on a work from this source