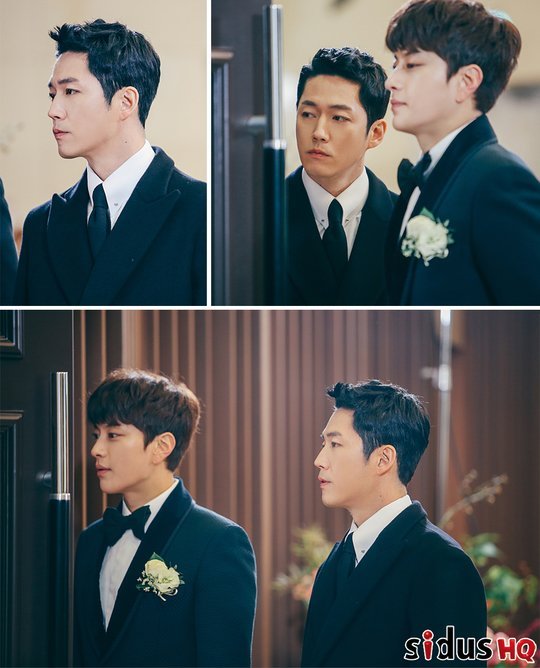 Jang Hyuk couldn't get close to her and only watched her from outside the doors. His expression ass affectionate and bitter.

On the selast two episodes of "Money Bouquet", Pil-jo and Boo-cheon turned out not to be step brothers. Later, Pil-joo met the children of Seo-won (Han So-hee), Boo-cheon's secret mistress who they thought was out of the picture.

"[Spoiler] "Money Bouquet" Jang Hyuk Affectionately Gazes at Park Se-young"
by HanCinema is licensed under a Creative Commons Attribution-Share Alike 3.0 Unported License.
Based on a work from this source