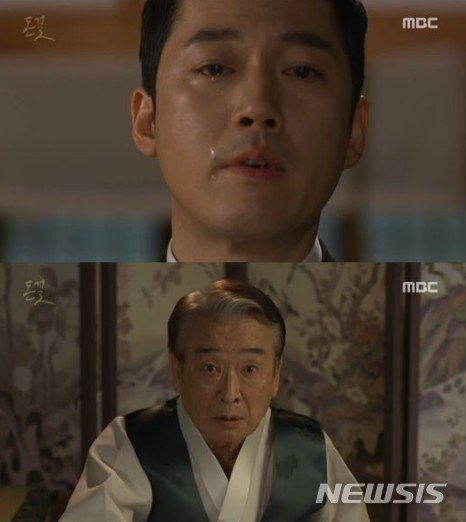 On the latest episode of the MBC weekend drama "Money Flower", Jang Hyuk told Lee Soon-jae who he was. Kang Pil-joo (Jang Hyuk) took the pink vase with papers to see Jang Sung-man (Lee Soon-jae). He handed him his father's keepsake, a necklace and cried, "Grandfather!". It was a reverse turn of events by Kang Pil-joo who beat Jang Bu-chun (Jang Seung-jo) to the big reveal.

"Money Flower" is a revenge drama about a chaebol family who think they are in control of money, but are actually controlled by it.

"[Spoiler] "Money Flower" Jang Hyuk Reveals his Identity "
by HanCinema is licensed under a Creative Commons Attribution-Share Alike 3.0 Unported License.
Based on a work from this source