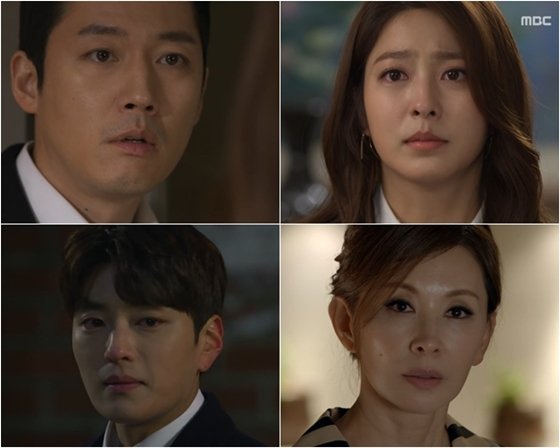 According to Nielson Korea, MBC weekend drama "Money Flower" rated 11.7% and 17.2%, setting a new record when it opened Pandora's Box.

Na Mo-hyeon (Park Se-young) was in the middle of tragedy. The situation surrounding the succession of the Chung-Ah group was hit by a catastrophe. Na Mo-hyeon approached the truth of Kang Pil-joo. She met him at the House of Yangbong where memory of Jo In-ho (Kang Pil-joo) led discovered Pil-joo's identity. There, she opened up to him.

The real father of Jang Bu-cheon (Jang Seung-jo), the eldest son of Chung-Ah Group, was also revealed: Jeong Mal-Ran's (Lee Mi-sook) right-hand man Oh (Park Jeong-hak). When Oh found out Pil-joo was Jang Eun-cheon, he tried to have him killed, but in the end kneeled before Pil-joo.

The struggle for power in the Chung-Ah family became even worse. Chairman Jang Seong-man (Sun-woo Jae-duk) moved frantically to stop Na Mo-hyeon's father Na Gi-cheol (Park Ji-il) from joining the presidential campaign. He set up a meeting between Jang Gook-hwan and another candidate named Hwang Man-sup.

However, Pil-joo wasn't one to sit still. He used Mr. Woo (Jeon Jin-ki), a close aid to Seong-man, to make it look like Seong-man gave political funds to Gi-cheol. Jang Gook-hwan went to see Gi-cheol and pressured him to cover up the situation. In the end, Na Gi-cheol killed himself, which Mo-hyeon witnessed.

"[Spoiler] "Money Flower" Plot Twists and Earns Higher Rating"
by HanCinema is licensed under a Creative Commons Attribution-Share Alike 3.0 Unported License.
Based on a work from this source