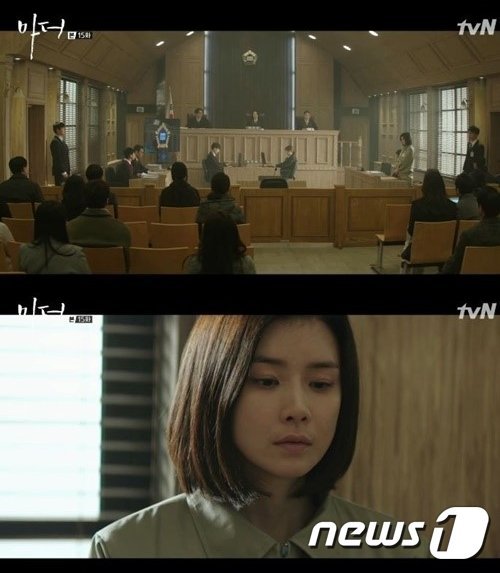 On the latest episode of "Mother - Drama", Soo-jin (Lee Bo-young) was sentenced to a year in prison and two years on probation for kidnapping Hye-na (Heo Yool).

Young-sin (Lee Hye-young-I) said, "Soo-jin remembers herself when she was abandoned under a tree in front of the orphanage. She grew up remembering it".

Soo-jin said, "Turning away from Hye-na is the last thing I want to do in this world. Having to do that myself is just agonizing".

Young-sin told her, "Becoming a mother means presenting all of yourself to someone smaller". Soo-jin replied, "If I had the chance to do it again, I would run away with her hand in mine".

However, the judge gave her a year imprisonment and 2 years of probation. She was also forbidden from seeing Hye-na again.

"[Spoiler] "Mother - Drama" Lee Bo-young Is Sentenced to Jail"
by HanCinema is licensed under a Creative Commons Attribution-Share Alike 3.0 Unported License.
Based on a work from this source