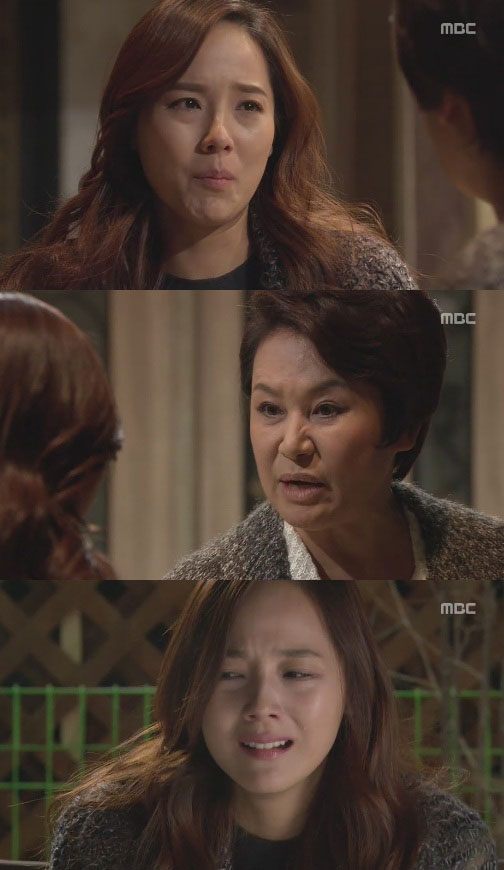 Blinded mother-in-law Park Won-sook told her daughter-in-law and her son to use separate rooms.

On the sixth episode of the MBC weekend drama "A Thousand Year's Inheritance", Bang Yeong-ja (Park Won-sook) told Min Chae-won (Eugene) to use separate rooms with her son.

Bang had manipulated Min's memory. Min had believed her story of having had an affair and was living an uncomfortable married life.

While Min's husband Kim Cheol-gyu (Choi Won-young) was asleep, Bang Yeong-ja called her out and said, "You are such a thick person. When you didn't know it was exceptional but I can't accept your dirty self to sleep with my son. I want you to split rooms. If a kid happens to come into this life who knows who's it is? Let's prevent misfortunes if we have to". Min was in shock.

She was shocked at the way Bang said things without the blink of an eye and just cried her eyes out.

"[Spoiler] Mother-in-law Park Won-sook tells Eugene to split rooms"
by HanCinema is licensed under a Creative Commons Attribution-Share Alike 3.0 Unported License.
Based on a work from this source