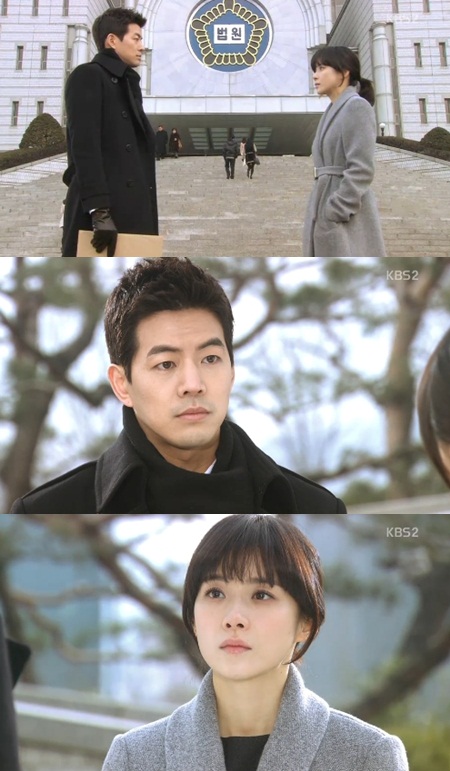 On the fortieth episode of the KBS 2TV weekend drama, "My Daughter Seo-yeong", Kang Woo-jae (Lee Sang-yoon) asks Lee Seo-yeong (Lee Bo-young) to move back in with him but she asked for divorce.

Kang Woo-jae understood Lee Seo-yeong through Lee Sam-jae (Chun Ho-jin). When he couldn't get to her he sent her a text saying, "Didn't you say to call you when I have the papers ready? Do you have time?"

When they met, he said, "We didn't know each other at all. I thought you'd leave but not like this. I thought you might argue to make an excuse or something. Would you like to start over if I told you that you don't have to tell me anything? I won't ask anything and I will convince our parents".

Seo-yeong cut him off saying, "Don't do that. I did the wrong and I hurt you and your family. However, the past three years are unbearable to me. I don't have feelings for you anymore and I'm selfish. Bad memories cover up the good ones so let's end it here".

Kang Woo-jae asked again if that's what she really wanted and when she said yes, he also agreed to get divorced.

The next day, they met at the court house and the episode ended like that.

"[Spoiler] "My Daughter Seo-yeong" Lee Sang-yoon and Lee Bo-young at the court house"
by HanCinema is licensed under a Creative Commons Attribution-Share Alike 3.0 Unported License.
Based on a work from this source