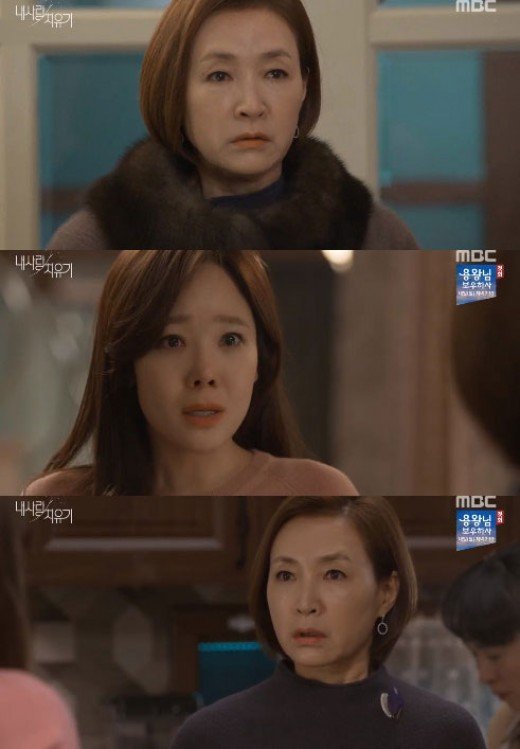 On the latest episode of the MBC drama "My Healing Love", Chi-woo (So Yoo-jin) was surprised at Song-joo (Jung Ae-ri) and how far she'd go.

Hyo-sil knew Song-joo had seen it and asked questions. Song-joo made up an excuse saying, "I thought I'd put it aside for a while, but there was a problem with the washing. She said her mother gave it to her, so I didn't think Chi-woo would be the lost child".

However, Chi-woo heard what Song-joo said with the cleaning lady. The clothing hadn't worn out, but Song-joo had tried to throw it away.

Chi-woo was shocked and confronted her about it.

"[Spoiler] "My Healing Love" So Yoo-jin Discovers Jung Ae-ri Tossed Her Clothes"
by HanCinema is licensed under a Creative Commons Attribution-Share Alike 3.0 Unported License.
Based on a work from this source