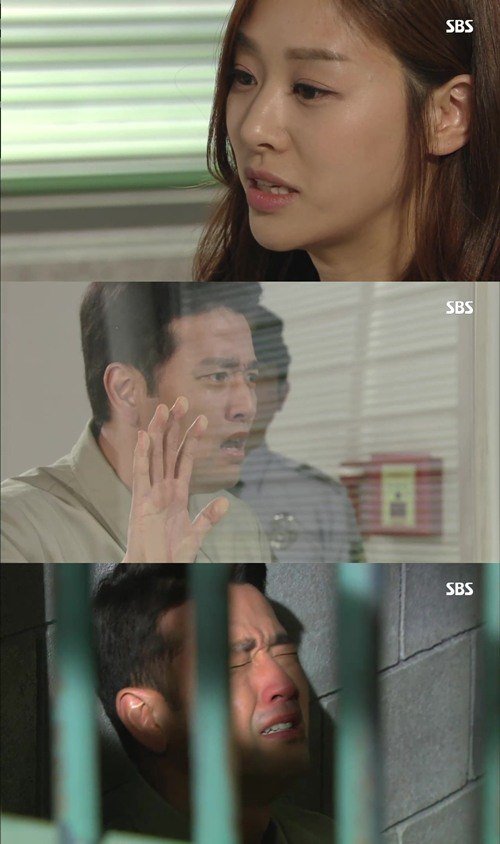 Lee Soon-jin was spaced out when she saw him behind bars. Cheon Woon-tak apologized for having her come there and told her to take care of Soo-yeong. She said she was wondering if she should write a petition.

Woon-tak was glad she was trying to help him but couldn't understand her. Soon-jin told him she was giving him another chance and would not forget about him.

She said, "I can't forgive you for the fact that you let my father die when you could've saved him. However, if you were hesitant, I trust you when you say you didn't mean to let him die".

Woon-tak started crying when he went back into his cell. It hurt him to know she was considering writing a petition to save him.

Meanwhile, Soon-jin went back to ask Woon-tak questions. She asked if he'd said he killed her father at court. Woon-tak said that's what he said and that he'd let Lee Jin-sam (Lee Deok-hwa) die.

In the end, Woon-tak had killed Jin-sam because he knew he would never get the hand of his daughter Soon-jin, in marriage. He wanted her really bad and she didn't understand how he could've done such a thing.

"[Spoiler] "My Heart Shines" Bae Soo-bin let Lee Deok-hwa die"
by HanCinema is licensed under a Creative Commons Attribution-Share Alike 3.0 Unported License.
Based on a work from this source