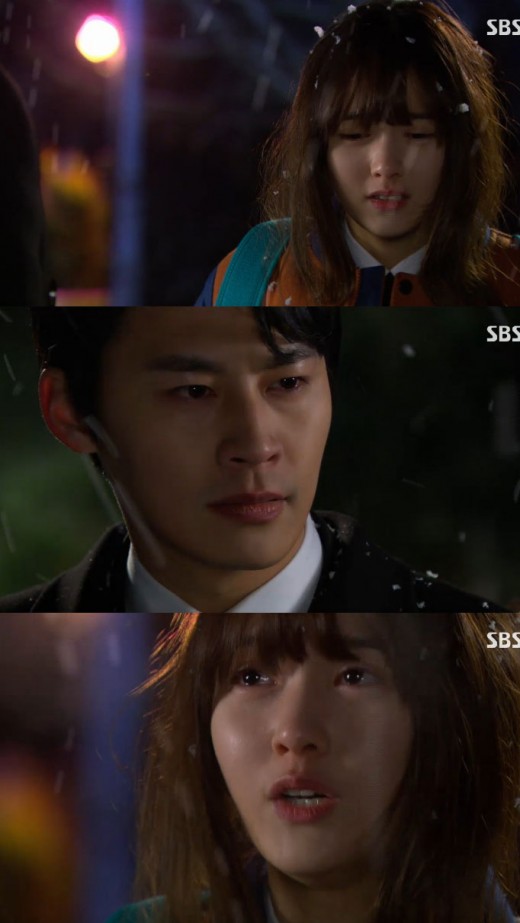 In the past, although Woon-tak saw Soon-jeong and Jin-sam when they were confined in the chicken farm, he ignored them instead of saving them. Jin-sam was dying after he saved Soon-jeong from the fire. Soon-jeong realized it was Woon-tak who was just standing there although he could have saved them.

Later Soon-jeong came to Woon-tak's house because she was getting worried about her older sister, Soon-jin after she had gone to Seoul along with Woon-tak. Soon-jeong was even mistreated by Woon-tak's mother at the door.

Gwan-mo (Jung Eun-woo) found Soon-jeong, who still stayed in front of Woon-tak's house until the late night. She said, "I came here because I could recall something. I remembered what had happened that night. I realized who was standing outside the chicken farm burning in fire. It was Cheon Woon-tak. It was him". Gwan-mo was surprised.

As Soon-jeong remembered Woon-tak's evil demeanor and he proposed Soon-jin, it is drawing attention as to how the love relationship between Woon-tak and Soon-jin will turn out.

"[Spoiler] 'My Heart Shines' Nam Bo-ra recalls what Bae Soo-bin did to Lee Deok-hwa"
by HanCinema is licensed under a Creative Commons Attribution-Share Alike 3.0 Unported License.
Based on a work from this source