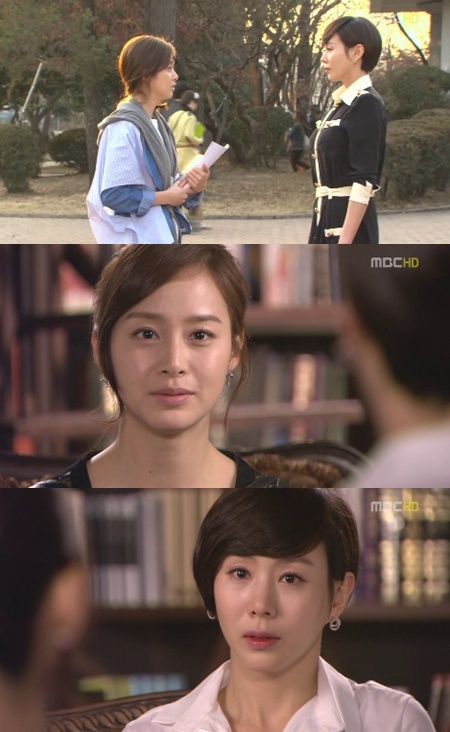 On the last episode of MBC drama "My Princess" on the 24th, Lee Seol (Kim Tae-hee) and Oh Yoon-joo (Park Ye-jin) resolved things between each other after a long time of being hateful.

United as teacher and student, argued over scores but their conflicts were settled.

Lee Seol said to Oh Yoon-joo, "You might hate me but you love history" and Oh Yoon-joo might've looked like she was going to reject but actively helped. In the end the English Imperial Family decided to lend the diary permanently without condition and the diary was actually returned to the imperial family.

Oh Yoon-joo acknowledged Lee Seol's talent by telling Hong Sang-goong, "She might be dumb but she has talent for making people hers. I was afraid I was going to be disadvantageous but I guess nothing like that happened".

Having been sworn enemies in the entire drama, they finally acknowledged each other and settled things. They didn't become friends completely but at least it was a happy ending.

Meanwhile, Park Hae-young was called to Washington by the President and before he left he proposed to Lee Seol. She hesitated for a second, then accepted the proposal and they displayed the last scene with a kiss in the plane to Washington.

"[Spoiler] "My Princess" Kim Tae-hee and Song Seung-heon marry, resolves with Park Ye-jin, 'perfect happy ending'"
by HanCinema is licensed under a Creative Commons Attribution-Share Alike 3.0 Unported License.
Based on a work from this source