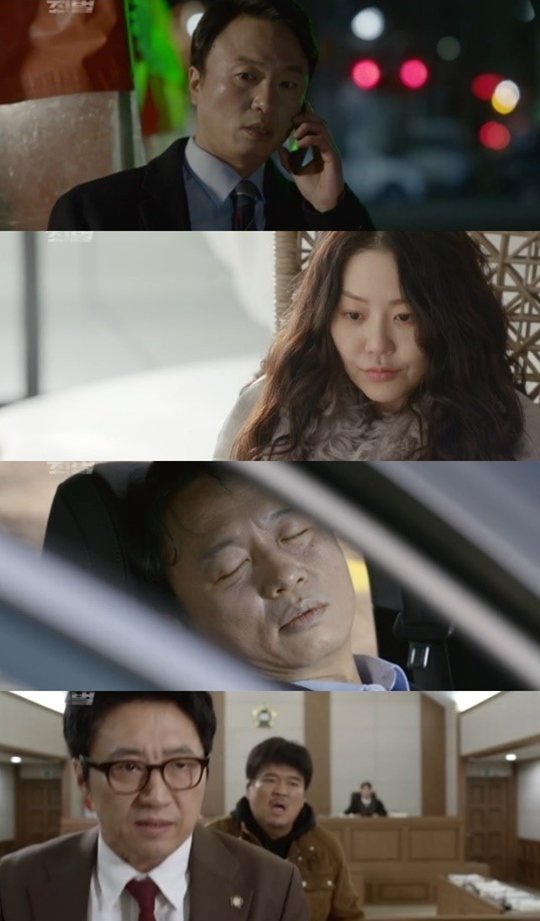 Jo Deul-ho convinced a reporter to write a story and Lee Ja-kyeong met the editor to stop the story. The editor said, "I will take care of it, but my niece is getting ready to apply for a job at Gukil Electronics..." Jo Deul-ho was recording this. Lee Ja-kyeong knew and she said, "Don't try too hard".

Jo Deul-ho consistently looked for ways to nab Lee Ja-kyeong. A case involving Gook Jong-seop (Kwon Hyuk) who beat up a cooperative firm director with his golf club was his latest attempt. The case was not indicted and the victim wanted to kill himself, but Jo Deul-ho stopped him. He helped the victim get a civil suit and Lee Ja-kyeong was angry that Jo Deul-ho got involved.

Lee Ja-kyeong decided to get rid of Jo Deul-ho's right hand man Kang Ki-yeong. Han Min (Moon Soo-bin) killed him and made it look like suicide. Jo Deul-ho ran out of the courthouse because he was so shocked.

"[Spoiler] "Neighborhood Lawyer Jo Deul-ho 2: Crime and Punishment" Go Hyun-jung Kills to Warn Park Shin-yang"
by HanCinema is licensed under a Creative Commons Attribution-Share Alike 3.0 Unported License.
Based on a work from this source