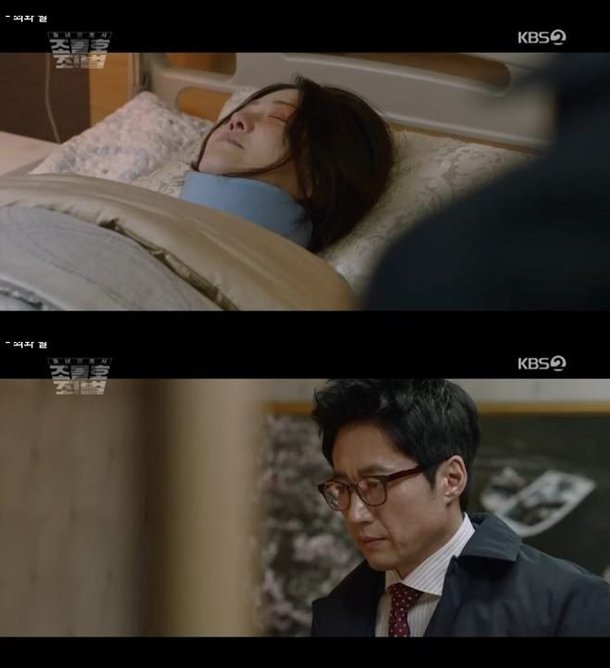 She'd been indulging herself with revenge for Daesan, but her actions finally caught up with her.

In the end, her revenge came back to her. A truck intentionally crashed into Lee Ja-kyeong's car and she fell into a coma.

Jo Deul-ho (Park Shin-yang) had also been on Ja-kyeong's tail and was aware of why she had to become a monster. She was the ugly but pitiful victim of society.

Will Ja-kyeong be trialed by the law or will she be able to wash away her past sins?

"[Spoiler] "Neighborhood Lawyer Jo Deul-ho 2: Crime and Punishment" Go Hyun-jung's Last Days"
by HanCinema is licensed under a Creative Commons Attribution-Share Alike 3.0 Unported License.
Based on a work from this source