Lee Jae-ryong said, "Han Min (Moon Soo-bin) used to be in Daesan Welfare. Lee Ja-kyeong from Gukil, her name is familiar too".

Gong Chang-soo asked, "Lee Ja-kyeong?" and Gong Chang-soo replied, "The sister of the girl who died after organ transplant. She took over Gukil and killed Gook Hyeon-il (Byun Hee-bong). I wonder who's next?" He shook in fear.

Gong Chang-soo suggested they get rid of her first.

Later, the two visited Lee Ja-kyeong and tested her out, mentioning Daesan Welfare. 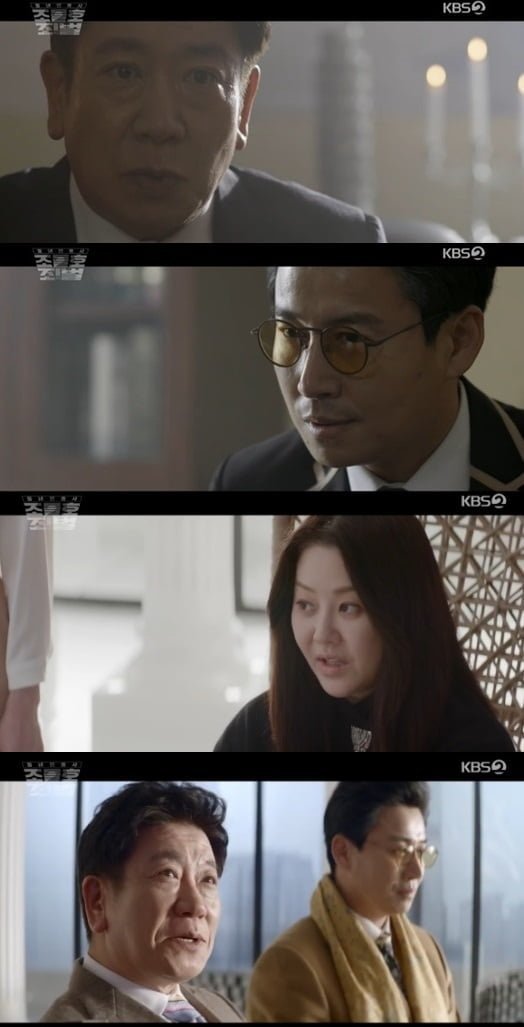 "[Spoiler] "Neighborhood Lawyer Jo Deul-ho 2: Crime and Punishment" Kim Myung-gook and Lee Byung-wook Suspect Go Hyun-jung"
by HanCinema is licensed under a Creative Commons Attribution-Share Alike 3.0 Unported License.
Based on a work from this source