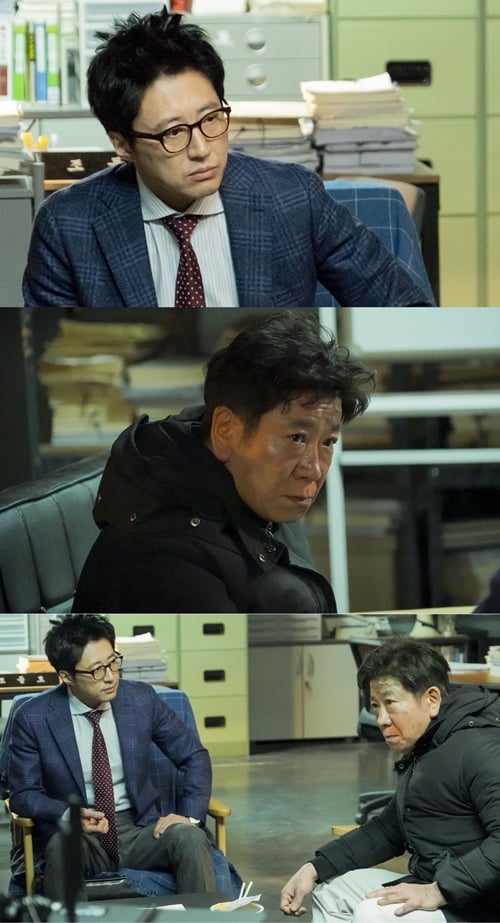 Lee Jae-ryong is a key insider of the Daesan Welfeare Center, which was included in Lee Ja-kyeong's (Go Hyun-jung) revenge list and a fake priest who falsely incarnated churchgoers. Last week, he tried smuggling himself out, but was caught by Han Min (Moon Soo-bin) and was almost killed until Jo Deul-ho's team showed up, but Lee Ja-kyeong's threat to kill him continued.

In the meanwhile, a fearful Lee Jae-ryong goes to see Jo Deul-ho.

Lee Jae-ryong apparently spills out amazing facts about the Gukil Group. He also asks Jo Deul-ho to promise him something and shows extreme fear. What is he afraid of?

"[Spoiler] "Neighborhood Lawyer Jo Deul-ho 2: Crime and Punishment" Kim Myung-kook Asks Park Shin-yang for a Promise"
by HanCinema is licensed under a Creative Commons Attribution-Share Alike 3.0 Unported License.
Based on a work from this source