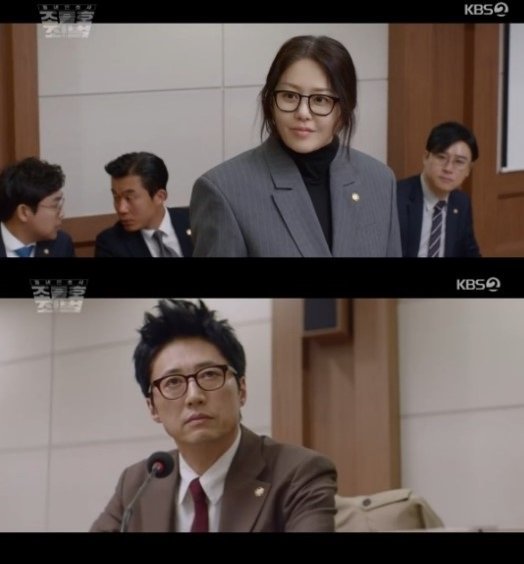 On the latest episode of the KBS 2TV drama "Neighborhood Lawyer Jo Deul-ho 2: Crime and Punishment", Jo Deul-ho (Park Shin-yang) and Lee Ja-kyeong (Go Hyun-jung) met in court. Lee Ja-kyeong was against Jo Deul-ho's request for a witness, but the judge allowed it.

The witness was Lee Jae-ryong (Kim Myung-kook), who she had tried to kill. He said, "I have smuggled funds abroad since Daesan closed down. The amount I transferred is only a drop in the bucket".

"[Spoiler] "Neighborhood Lawyer Jo Deul-ho 2: Crime and Punishment" Ko Hyun-jung Heads to Trial"
by HanCinema is licensed under a Creative Commons Attribution-Share Alike 3.0 Unported License.
Based on a work from this source