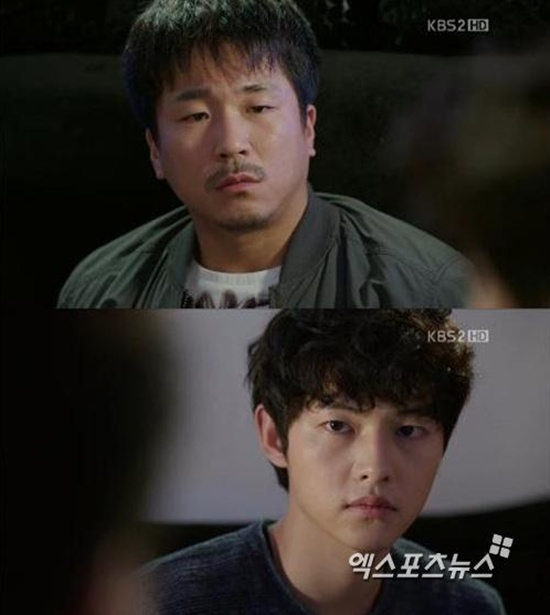 According to AGB Nielsen Media Research on the 4th, KBS 2TV drama "Nice Guy" rated 17.3% which is 1.3% more than the previous day.

"Nice Guy" has lived up to its reputation by ranking first place with a record of late 10%.

On this day, director Yang Ik-june from the movie "Breathless" made an appearance. He played the role of Park Si-yeon's vicious brother Han Jae-sik perfectly. Jae-sik found his sister once he got out of jail. He met Maru (Song Joong-ki) and said, "I heard you killed someone. It's Jae-hee right? You were framed" and insisted they took revenge.

However, Maru took him by the collars and said, "Don't appear in front of Jae-hee. I've killed once, I can kill again".

"[Spoiler] "Nice Guy" rated 17.3% at the appearance of Yang Ik-june"
by HanCinema is licensed under a Creative Commons Attribution-Share Alike 3.0 Unported License.
Based on a work from this source