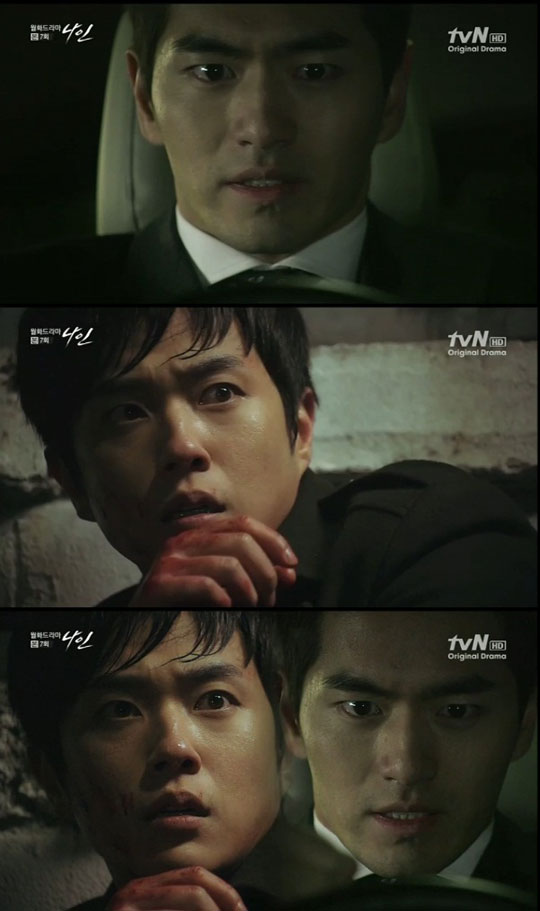 Lee Jin-wook was shocked when he found out his brother was the one who killed their father.

On the tvN cable channel drama "Nine: Time Travelling Nine Times" on the 1st, Seon-woo (Lee Jin-wook) installed a CCTV in his father Cheon-soo's (Jeon Gook-hwan) office to find out who his killer was and found out it was Jeong-woo (Seo Woo-jin).

Seon-woo was shocked since he had always suspected Choi Jin (Jung Dong-hwan).

In the following preview, Seon-woo hit Jeong-woo (Jeon No-min) and asked how he could kill their own father.

Then later, Han Yeong-hoon (Lee Seung-joon) witnesses Seon-woo passed out in his room.

"[Spoiler] "Nine: Time Travelling Nine Times" Lee Jin-wook gets furious at Jeon No-min"
by HanCinema is licensed under a Creative Commons Attribution-Share Alike 3.0 Unported License.
Based on a work from this source