[Spoiler] "Nothing to Lose" Kim Hae-sook Receives the Ultimate Sentence 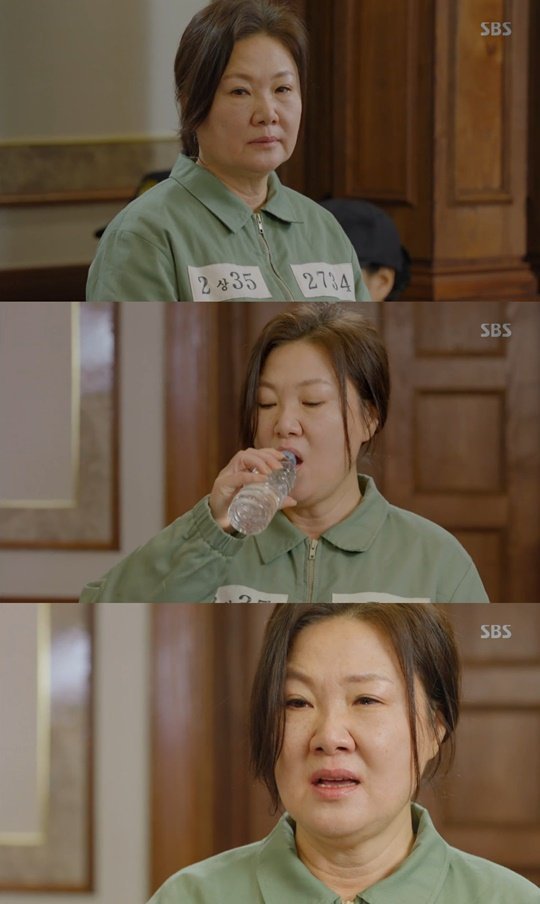 On the latest episode of the SBS drama "Nothing to Lose", Yoo Myung-hee (Kim Hae-sook) sentenced herself to death.

She'd been down on herself even after mis-judging Choi Kyung-ho (Ji Seung-hyun), and thought of doffing judge's cloak on the first day Lee Jung-joo (Park Eun-bin) became a judge. Yoo Myung-hee admitted to her crimes in the first trial.

However, Do Jin-myung (Lee Deok-hwa) claimed he killed Kim Ga-young. Myung-hee said he was lying and blurted out that Do Han-joon (Dong Ha) had evidence that the hands that strangled Kim Ga-young were a woman's.

Then, Myung-hee drank water that was drugged.

"[Spoiler] "Nothing to Lose" Kim Hae-sook Receives the Ultimate Sentence"
by HanCinema is licensed under a Creative Commons Attribution-Share Alike 3.0 Unported License.
Based on a work from this source