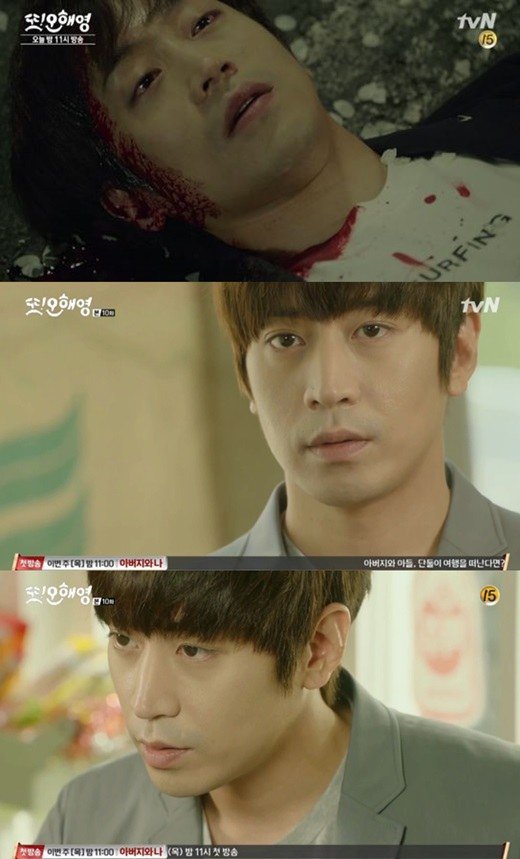 On the episode 10 of tvN's Monday & Tuesday drama, "Oh Hae-Young Again", Park Do-kyeong (Eric Mun) heard the explanation from his doctor about how he could see Oh Hae-Young (Seo Hyun-jin)'s future.

On this day, his doctor went to see Park Do-kyeong as he had not come to see the doctor at the hospital. The doctor explained, "Let's say you're lying down on the bed after a car accident. And you think time flows from past to present and to the future? Nope, your mind is not strained by time".

The doctor continued, "You had a car accident and you get to miss the woman before you die now. Since I said now, you must be confused. Let's say sooner or later. You'll get into a car accident sooner or later and you miss her while looking at the sky at night before you die. The mind longing for the woman is too strong that you saw the woman even before you meet the woman actually. Why? Because your mind already has all the information of your life. Understand?", which was not very convincing.

Park Do-kyeong couldn't believe what he had just heard. He said, "So the conclusion is that I'll die sooner or later and will get to miss the woman after all? Hyung, are you a real doctor?"

"[Spoiler] 'Oh Hae-Young Again' How Eric could see Seo Hyun-jin's future is explained"
by HanCinema is licensed under a Creative Commons Attribution-Share Alike 3.0 Unported License.
Based on a work from this source