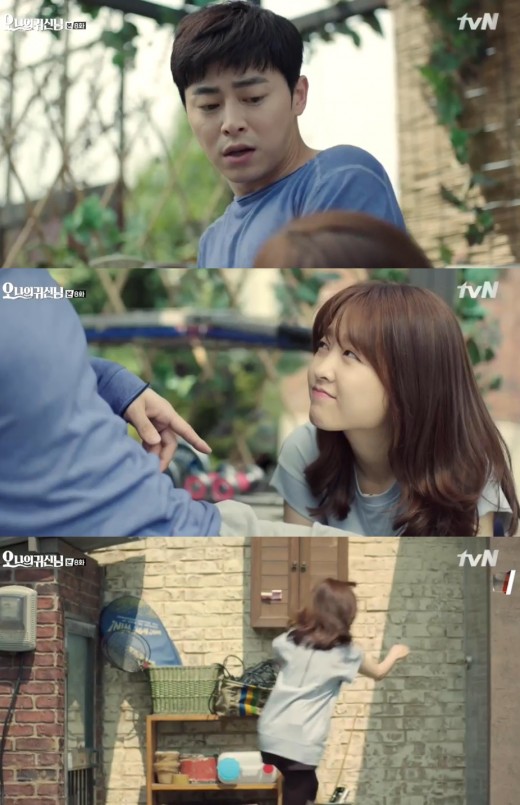 On the 8th episode of tvN's Friday-Saturday drama "Oh My Ghostess" which aired on the 25th, a scene was shown of Bong-seon played by Park Bo-young bumping into Seon-woo played by Jo Jung-suk right after waking up in the morning.

Once she saw him, Bong-seon eagerly rush towards him. He asks her if her bipolar disorder was acting up again. She replies "Chef, I was wondering about something. Is it true that men are most virile during 10 to 11AM?"

Seon-woo felt his face getting red and quickly exited the premises. Seeing him, Bong-Sun says "that guy keeps getting cuter and cuter" and smiled.