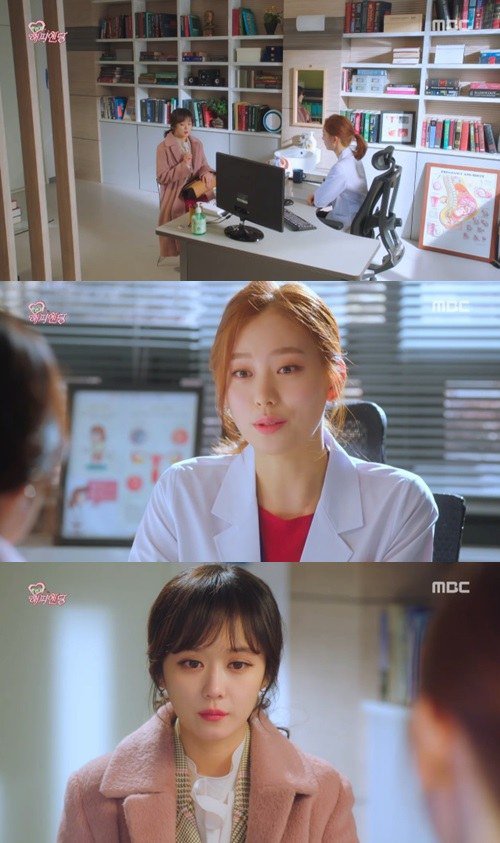 As Goo Hae-joon only took out Han Mi-mo on movie dates and didn't progress at all from the beginning stage just holding hands, she became anxious. Han Mi-mo learned his ex-wife Woo Yeon-soo was a medical doctor at the same hospital, she went to see his ex-wife.

Woo Yeon-soo asked Han Mi-mo, "Do you really want to know why we got divorced? This man, when I asked him to marry me, he said ok. And when I said we're going to break up, he said ok. It was only me who's always been ardent. So I left him. Did you confess first, right? You'll always be missing something"

"[Spoiler] 'One More Happy Ending' Jang Nara finds out why Kwon Yool and Hwang Sun-hee got divorced "
by HanCinema is licensed under a Creative Commons Attribution-Share Alike 3.0 Unported License.
Based on a work from this source