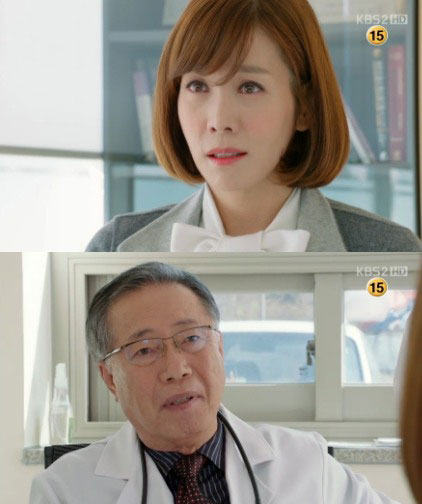 Her fears have become real.

On the fifteenth episode of the KBS 2TV drama "Ooh La La Couple" on the 19th, Na Yeo-ok (Kim Jung-eun) felt a lump one of her sides below the breast and went to the hospital for the first time in several years.

Her liver seemed weird enough from the early stages of checking. She had to be admitted to the hospital for further treatment.

The results showed that she had liver cancer. The old man Wol-ha (Byun Hee-bong) disguised as a doctor told her, "There's no hope for medication at this point so get a transplant".

Yeo-ok couldn't believe it and asked the doctor, "I don't drink or smoke, can it be a mistake?" But the doctor said, "You need to do something about it before it spreads to other areas".

"[Spoiler] "Ooh La La Couple" Kim Jung-eun diagnosed with liver cancer"
by HanCinema is licensed under a Creative Commons Attribution-Share Alike 3.0 Unported License.
Based on a work from this source