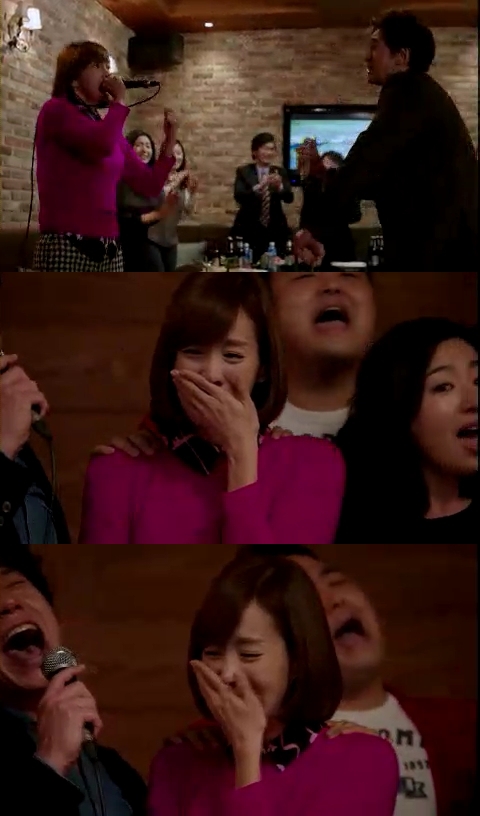 Kim Jung-eun's tears moved the hearts of the viewers.

On the seventeenth episode of the KBS 2TV drama "Ooh La La Couple", Na Yeong-ok (Kim Jung-eun) attended the farewell party that was arranged for her with her co-workers from the hotel.

The staff 'ordered' her to get better and to return to work. Ko Soo-nam (Shin Hyun-joon) appeared there too and the party became hyper.

Na Yeong-ok slowly started to sing because everyone ushered her. Na and Ko showed off their comic moves for a while.

However, the way the hotel staff worried about her finally got to her. She started crying so much. Not too much, but just enough to poke the hearts of those watching.

Na Yeong-ok ended up getting a liver transplant from Ko Soo-nam and she returned to live her second life from America where she received training.

Meanwhile, Jang Nara and Choi Daniel's "School 2013" will be aired on the 3rd of December.

"[Spoiler] "Ooh La La Couple" Kim Jung-eun's singing room scene"
by HanCinema is licensed under a Creative Commons Attribution-Share Alike 3.0 Unported License.
Based on a work from this source