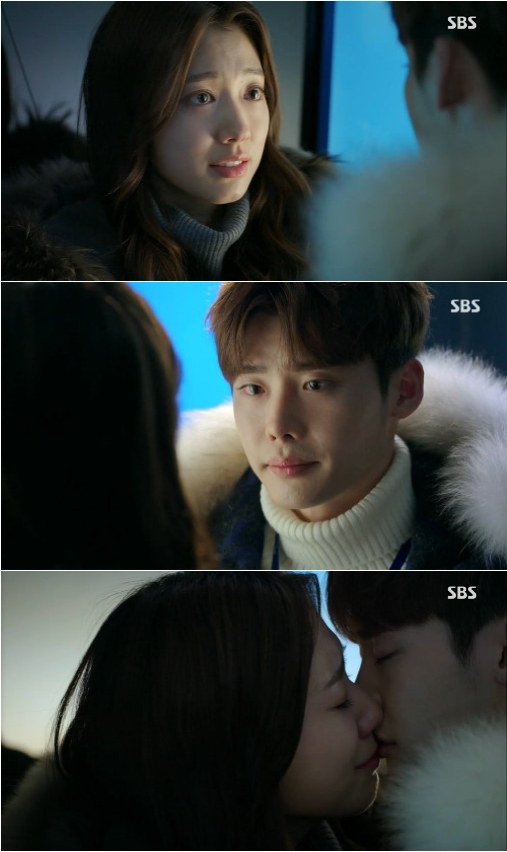 On the 11th episode of SBS drama, "Pinocchio", which aired on December 17th, it showed Dal-po disclosing his true identity to his brother, Jae-myeong (Yoon Kyun-sang).

In-ha suffered from the guilty feeling due to the things her mother committed against the Dal-po brothers. In-ha drank to deal with the overwhelming emotion. Beom-jo (Kim Young-kwang) found In-ha, who was drunk, and called Dal-po so he could take her home.

That night, Dal-po confessed to her, "It's me who made my brother become a murderer. I hate myself not going to my brother. I really hate myself hesitating because of you". Completely drunk, In-ha told to Dal-po, "It's fine you can hate me and you can leave me". But, when she woke up somber next morning, she sobbed realizing the sad reality.

In-ha went to Dal-po's company and told him, "I know you have been suppressing your grudge against my mother. I understand the resentment is too big to suppress and live with. I want to let you go now. I don't want to be holding you back any longer. So let's stop here".

And she continued saying, "Don't Hesitate because of me. Go ahead and deal with my mother as the way you'd have to" The two shared a parting kiss.