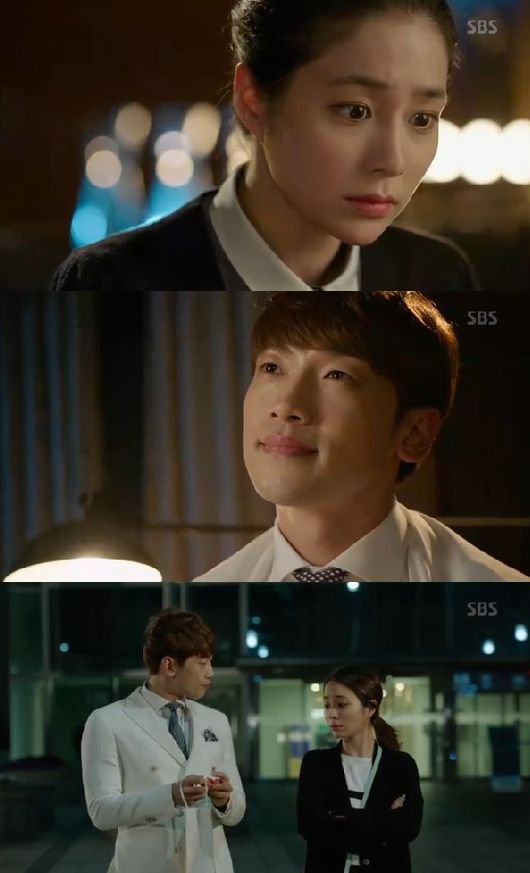 "Please Come Back, Mister" Rain and Lee Min-jung got closer. Lee Min-jung felt the warmth of her husband through Rain and Rain did his best for Lee Min-jung. Rain also did his best to save the shopping mall and powered up even more to take revenge on Oh Yeon-seo and Choi Won-young.

On the tenth episode of the SBS drama "Please Come Back, Mister", Lee Hae-joon (Rain) told Sin Da-hae (Lee Min-jung), "I think it'd be a good idea if we see each other. I am not such a bad guy. Be careful that you don't fall for me".

Sin Da-hye replied, "You can't handle someone like me. You'll get hurt". However, Lee Hae-joon didn't give up. He felt more attracted to her as she said, "My husband Kim Yeong-soo (Kim In-kwon) was a very considerate man. I didn't ask about his past or didn't hurt him but sometimes he felt so far away".

Lee Hae-joon presented her with a pair of high heels and ordered a break room to be built at her workplace so that she could rest with her other colleagues. The real Lee Hae-joon was actually planning on cutting down the workforce by 50% and turn all full-time employees on contracts. This bit of news was posted on the bulletin board and Lee Hae-joon was misunderstood by the people. 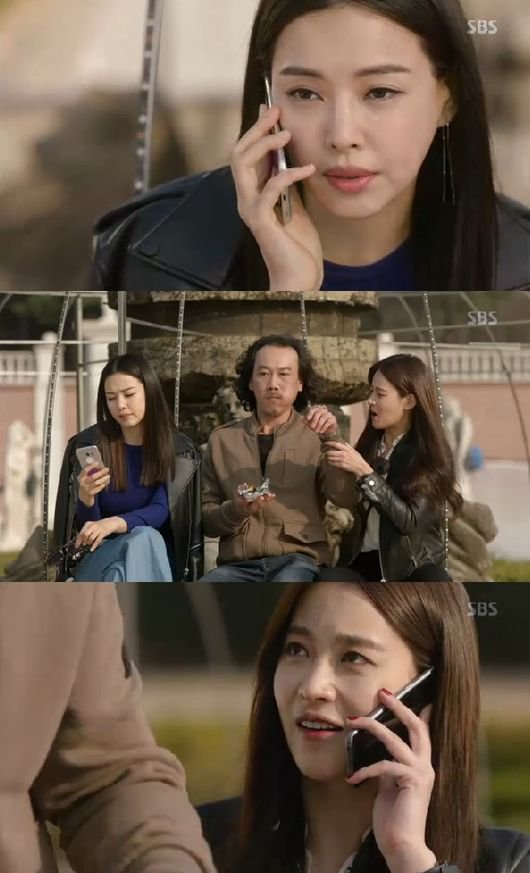 However, Lee Hae-joon swore to Cha Jae-gook (Choi Won-young) that he would never do that and was touched by Sin Da-hye who believed him. He called her out one day during work and washed her feet for her.

He told her, "This place is a painful place for me but for you this is all you have to think about your husband. I want to know everything about you but now seems to be a difficult time. I know something though. You want to be here so I will keep this mall safe for you".

Sin Da-hye opened up slowly to Lee Hae-joon and they got closer. Lee Hae-joon managed the traffic in front her daughter Han-na's (Lee Re) school and even got her EXO tickets. Han-na even said he must have been sent from heaven by her father. Sin Da-hye thought about her husband when Lee Hae-joon laid his head on her shoulder and said, "I missed you". They almost kissed.

Hong-nan (Oh Yeon-seo) got Choi Seung-jae's (Lee Tae-hwan) text message and went to the chairman's hospital room. There she found out it was all part of Na Seok-cheol's (Oh Dae-hwan) scheme. She told him she was Han Ki-tak's sister and said, "I am here for the money that was stolen from me. If you cooperate, I'll give you half of it". In the end, Na Seok-cheol decided to work between Hong-nan and Cha Jae-gook.

Hong-nan was Song I-yeon's (Lee Honey) manager. When she heard that the part-time workers were rid of their hard earned money, she set out to help them. Word got out and Song I-yeon was put up as the face of Lee Hae-joon's shopping mall.

"[Spoiler] "Please Come Back, Mister" Rain and Lee Min-jung start to fall in love"
by HanCinema is licensed under a Creative Commons Attribution-Share Alike 3.0 Unported License.
Based on a work from this source